Week 33 Reviews: Born to Bite, Hungry for You 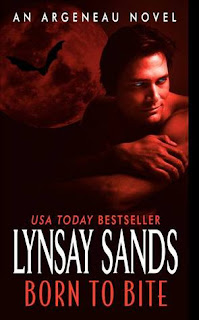 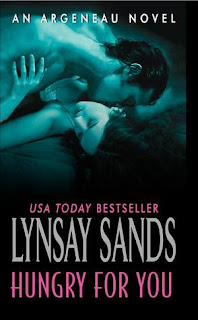 From Goodreads:
Legend has it that Armand Argeneau is a killer in the bedroom . . .

But with all three of his late wives meeting unfortunate and untimely ends, is this sexy immortal a lover or a murderer? That's what Eshe d'Aureus intends to find out. As an enforcer, it's her job to bring rogue vampires to justice, even if the rogue in question makes her blood race red hot.


Armand knew she was trouble the moment Eshe roared into town on her motorcycle, clad in tight black leather. She claims she's hiding from dangerous fiends, though he suspects something more. But after three wives who've all had trouble remaining, well, undead, Armand is reluctant to open his heart again. Then strange accidents start to happen, each deadlier than the last, and Armand realizes he may not have much time to prove he's a lover, not a slayer.

From Goodreads:
This vampire has been alone for far too long . . .

As one of the most ancient in the Argeneau clan, Cale Valens has given up on finding a life mate. His friends and family, however, have not. In fact, they believe they've finally found his perfect match. Getting them together, however, requires one little white lie . . .

Alexandra Willan is in a panic. Her restaurant is due to open in two weeks, but her chef just walked out. Then a highly recommended replacement arrives, an impossibly handsome culinary genius who sends electric tingles racing through her body . . .

Except he can't cook. In fact, Cale hasn't eaten real food in two thousand years. Yet he's determined to prove to Alex his prowess in the kitchen . . . and elsewhere. Because never has he hungered so for any mortal woman. And not just for a taste of her, but for the whole delicious feast!

My Review:
These books were just so hilarious to read! Born to Bite carried on the story from the previous book, and Hungry for You, did too, as well as the first book in the Rogue Hunters' mini trilogy within the series. So that was really great!

Because Armand was the hero of the book, it was unlikely that he would have been the bad guy. And yeah, it was great o watch the investigation, because they didn't have all the facts, until the end. And there were murder attempts, and life mate shenanigans!

Cale hasn't been a part of this series, as far as I know. And that he was put into this position to woo the one he's been waiting for so long-and it's a lie, was just hilarious! Of course things work out to his benefit with bits of the truth, and that was just so fantastic to read!

Loved reading these books, and I can't wait to read more of this series!