Week 33 Reviews: A Perfect Darkness, Out of the Darkness, Touching Darkness 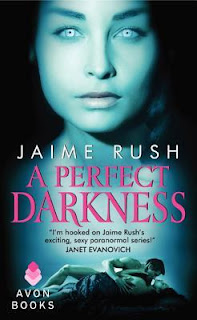 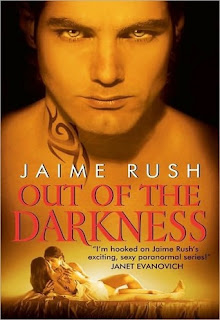 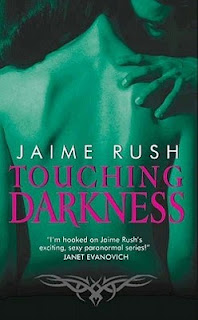 From Goodreads:
They live ordinary lives, but they are extraordinary. They are the Offspring, children of a mysterious experiment gone awry--and they are in terrible danger.

A sexy stranger awakens Amy Shane in the dead of night. Lucas Vanderwyck barely has time to whisper a few words before three men burst into her bedroom and drag him away. But what Lucas reveals shatters Amy's safe little world forever.

Lucas and Amy share a psychic gift--a gift that could put them in mortal danger. And as they share night after night of savage passion, as a shadowy government conspiracy tracks their every move, they will fight to save each other. But only with their powers of second sight can they escape the terror of a perfect darkness.

From Goodreads:
They live ordinary lives, but they are extraordinary. They are the Offspring, children of a mysterious experiment gone awryand they are in terrible danger.

Rand Brandenburg can see the future, yet thus far all he has done with his unique ability is become a skillful gambler. But according to the Offspring, his power has made him a target and could get him killed. So the loner used to living on the edge is now hiding out with others just like him, including Zoe Stoker, a mysterious redhead who has his heart soaring.

But that's not the only thing Zoe's got flying. All her life, whenever she felt anything too intensely, objects would start moving. She's never been able to control her power, so instead she's shut down her emotions. Now, as a powerful enemy approaches, she's losing control of her heart. But letting love lead her out of the darkness might save her life...

From Goodreads:
Nicholas Braden, a psychic spy in a covert government program, suspects he's a pawn in a mad man's quest for justice. His boss's stunning assistant is too loyal to give him answers, but Olivia's secret, wild side bends his mind and fires his body. As they edge closer to the darkest truth, good and evil blur, threatening their very survival.

My Review:
Loved reading these books! I loved the world, the characters, the romances, the mysteries, and the writing! Just the whole package, and just so enjoyable! And yeah that this series is going to continue, because I'm really enjoying it!

It aggravated me so much, that they felt entitled, justified, in doing what they did. In murdering people who wouldn't go along, kidnapping others to use them. It was horrible, and I was glad for every victory that the good guys made against them!

The way that this world worked, with their powers, and their parents, yeah, that was really interesting! Plus there was all the paranoia, because yeah, a fraction of the government is out to get them, so that was great!

I really enjoyed these romances, and the thriller/action bits! They all came together for a really enjoyable time reading this series! And yeah, this is a series, and each book built upon the previous, and combined, made for such a great series and a great read!

Loved these books, they were really great, and I can't wait to read more!

Out of the Darkness: