So this week I want to read Blood Will Out, Breaking Point, Monsterland, and A Perfect Obsession. 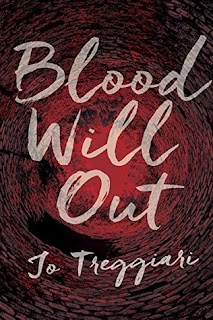 Silence of the Lambs for young adults -- Blood Will Out is a gripping YA thriller readers won't be able to put down.

She wakes at the bottom of a cistern, confused, injured and alone, with only the shadowy recollection of a low-pitched voice and a gloved hand. No one can hear her screams. And the person who put her there is coming back. The killer is planning a gruesome masterpiece, a fairytale tableau of innocence and blood, meticulously designed.

Until now, Ari was happy to spend her days pining for handsome, recent-arrival Stroud Bellows, fantasizing about their two-point-four-kids-future together. Safe in her small hometown of Dempsey Hollow. But now her community has turned very dangerous -- and Ari may not be the only intended victim.

Told in alternating perspectives of predator and prey, Blood Will Out is a gripping and terrifying read. 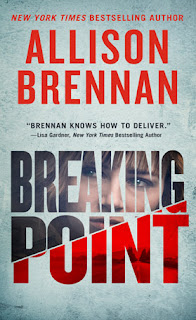 Bella Caruso survived a nightmare of abuse and betrayal. Today, she has dedicated her life to saving other young women from the hell that almost killed her—first as an officer of the law, then by stepping outside the law and into the darkness where true evil dwells. Now, it appears that the darkness has taken her once again.

JT Caruso often worries about his sister, given her line of work. This time, when he learns that Bella is working undercover to find a missing girl involved in a dangerous prostitution ring, JT asks FBI Special Agent Lucy Kincaid for help.

Even with Lucy's extensive experience in running down human traffickers, finding Bella will not be easy. Not only because she is in too deep. But because Bella, who will not rest until she saves the girl, doesn't want to be found… 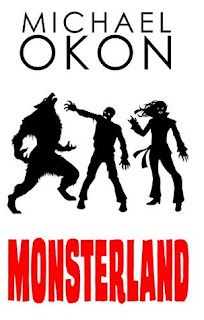 Wyatt Baldwin's senior year is not going well. His parents divorce, then his dad mysteriously dies. He's not exactly comfortable with his new stepfather, Carter White, either. An ongoing debate with his best friends Melvin and Howard Drucker over which monster is superior has gotten stale. He'd much rather spend his days with beautiful and popular Jade. However, she's dating the brash high-school quarterback Nolan, and Wyatt thinks he doesn't stand a chance.

But everything changes when Wyatt and his friends are invited to attend the grand opening of Monsterland, a groundbreaking theme park where guests can interact with vampires in Vampire Village, be chased by werewolves on the River Run, and walk among the dead in Zombieville.

With real werewolves, vampires and zombies as the main attractions, what could possibly go wrong?
Posted by Louisa @ Words I Write Crazy at 6:00 AM