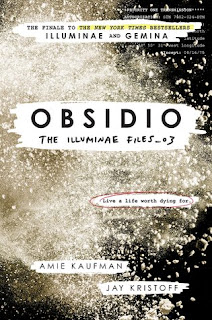 Obsidio by Amie Kaufman and Jay Kristoff
Expected Publication: March 13th, 2018
From Goodreads:
Kady, Ezra, Hanna, and Nik narrowly escaped with their lives from the attacks on Heimdall station and now find themselves crammed with 2,000 refugees on the container ship, Mao. With the jump station destroyed and their resources scarce, the only option is to return to Kerenza—but who knows what they'll find seven months after the invasion?

Meanwhile, Kady's cousin, Asha, survived the initial BeiTech assault and has joined Kerenza's ragtag underground resistance. When Rhys—an old flame from Asha's past—reappears on Kerenza, the two find themselves on opposite sides of the conflict.

With time running out, a final battle will be waged on land and in space, heros will fall, and hearts will be broken. 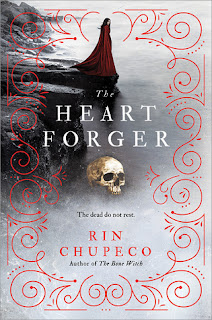 No one knows death like Tea. A bone witch who can resurrect the dead, she has the power to take life...and return it. And she is done with her self-imposed exile. Her heart is set on vengeance, and she now possesses all she needs to command the mighty daeva. With the help of these terrifying beasts, she can finally enact revenge against the royals who wronged her-and took the life of her one true love.

But there are those who plot against her, those who would use Tea's dark power for their own nefarious ends. Because you can't kill someone who can never die...


War is brewing among the kingdoms, and when dark magic is at play, no one is safe. 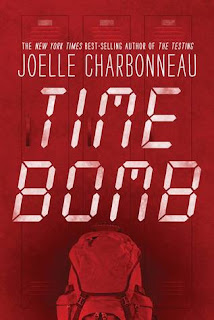 Time Bomb by Joelle Charbonneau
Expected Publication: March 13th, 2018
From Goodreads:
A congressman's daughter who has to be perfect. A star quarterback with a secret. A guy who's tired of being ignored. A clarinet player who's done trying to fit in. An orphaned rebel who wants to teach someone a lesson. A guy who wants people to see him, not his religion.

They couldn't be more different, but before the morning's over, they'll all be trapped in a school that's been rocked by a bombing. When they hear that someone inside is the bomber, they'll also be looking to one another for answers.

These three books, yeah, so excited for Obsidio, the series was so fantastic and I need to know how it ends! I loved The Bone Witch, and I want to know what's going to happen next! And Time Bomb looks really great! What about you guys? Happy reading!
Posted by Louisa @ Words I Write Crazy at 6:00 AM