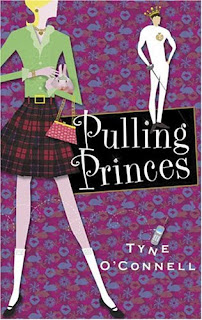 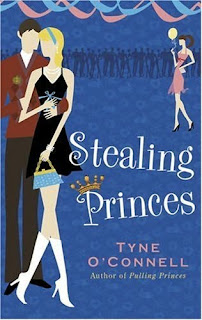 From Goodreads:
When Calypso returns from Los Angeles to her English boarding school for the summer term, she is determined to fit in with the popular crowd. Her plan is to pretend her mother's gay assistant back home is her boyfriend. And to her surprise, the trick works...at least at first. She makes a whole batch of new friends, and even finds herself winning the unwritten contest to woo the prince at the boys' school next door. But one girl, Honey, undermines all her efforts. When Calypso and Prince Freddy end up in the tabloids and everything seems set to go down the drain, it's Calypso's parents and sense of humor that save her from utter humiliation.
A fast-paced, laugh-out-loud-funny look at fitting in while still standing out...

From Goodreads:
How many fit boys can Calypso handle?

Calypso has decided that Prince Freddie is the one for her, but does her new roommate, the privileged Lady Portia, also have designs on him? To make matters worse, Calypso's best friends Star and Georgina are no longer her roommates; they are living instead with Indie-a new student and a real princess! Poor Calypso is feeling left out. How could her plans have gone so horribly wrong? Readers who have been anticipating the next installment in the Calypso Chronicles won't be disappointed as Calypso takes on more boys, bunnies, and Brits in her hilarious and inimitable style!

My Review:
I quite enjoyed these books. They were funny, light, and just really good reads. They had this quality of, sometimes, 'I don't want to read/see this because I know it's going to be embarrassing or something, and I want to spare them and myself that pain by not reading it' feeling. I have this weird quirk of not wanting to see the characters go do something embarrassing or walk into such a scene.

Anyways, Calypso was really funny, she knew what she wanted, and she went for it. I wish that the second one had more of her friends, but yeah.

It was really funny, and there were great parts, and I'm just kinda wondering why the fencing master left, but I think that might be covered in a later book, there's 4 in all, so I'd better find the last 2!

All in all, good books, you'd better check them out!