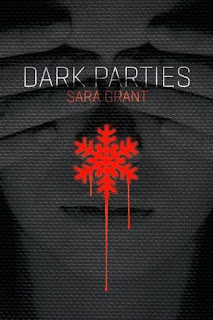 Sixteen-year-old Neva has been trapped since birth. She was born and raised under the Protectosphere, in an isolated nation ruled by fear, lies, and xenophobia. A shield "protects" them from the outside world, but also locks the citizens inside. But there's nothing left on the outside, ever since the world collapsed from violent warfare. Or so the government says...

Neva and her best friend Sanna believe the government is lying and stage a "dark party" to recruit members for their underground rebellion. But as Neva begins to uncover the truth, she realizes she must question everything she's ever known, including the people she loves the most.