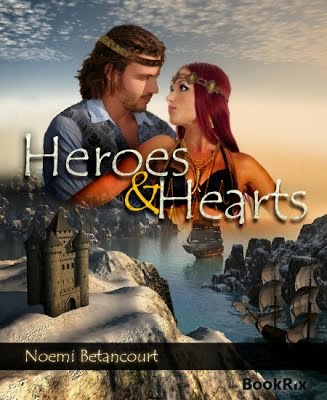 From Goodreads:
Isabel Kendra is no stranger to a life of struggle. When her father disappeared years ago she and her mother had to fend for themselves. Even now as a chef experiencing burn out on the job, she does what is necessary to pay her bills while dodging her mother's attempts to find her a man. She is more than capable of taking care of herself and neither wants or needs some man to do it for her.

When Isabel comes home one day to find her house turned upside down she discovers her life is about to follow suit in this tale of swords and sorcery, love and prejudice. Prince Alaric is dashing, handsome and brave, everything a prince should be. He is also no stranger to the female form, yet when he meets the bold and vivacious Isabel, rather than be put off by her lack of docility he finds himself drawn to her allure in a way that he simply cannot understand.

Together the two must thwart the evil forces that threaten their lives and their worlds, while struggling against their own blistering attraction for each other. Can Isabel balance her aversion to the prince's habit of coming to her rescue with the realization that sometimes it is all right to accept help from a man? And can Alaric handle himself around a damsel who gets herself out of her own distress and learn to be simply the man who loves her?

My Review:
For me, while there's not a lot to say about this book, besides that I really liked reading it, well, because this is a review tour, and I like my reviews to be at least 5 paragraphs, I'll have to find some ways to expand upon that!

This book is a novella. Which means it's not a full length book. And the size makes sense for what's going on in the story. But I just wanted more, so yeah, I'm very glad that this is a series, because it was really great!

I really enjoyed these characters, and the situation that's going on. The prologue gave a sense of the fantasy, but it wasn't until we really got into it that things really took that otherworldly tint! So yeah, that was really enjoyable!

What is really awesome, is that The Crystal Palace Chronicles Part Two will be released at the end of the tour. Because that just means that we're going to be getting more, and yeah, more is almost always better!

Yeah, this was a pretty great book! I enjoyed it a lot!

Giveaway:
Is now over. Thanks for entering! 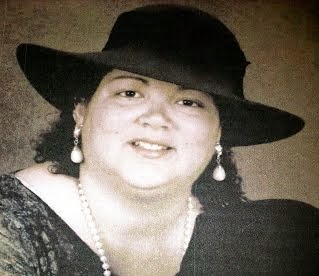 Bio:
Noemi Betancourt has been a lifelong fan of Fantasy, ever since her father introduced her to the works of Tolkien, Baum, and C.S. Lewis as a child. An avid reader, she has since developed her writing style over the years, and after becoming enamored with the Romance genre, Noemi began to blend a guilty pleasure with an old love. Her first novelette, Heroes and Hearts, is the first of many books and stories in which she interlaces the Fantasy and Romance genres.

Noemi lives in a seaside bungalow on Florida’s Sun Coast, indulging in her other passions: cooking, caring for her gallant husband (a disabled vet from the British Isles), and the three fur-babies who rescued them. 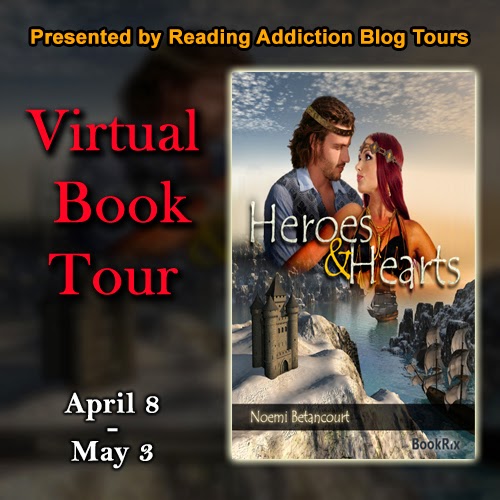