Week 14 Review: Every Never After 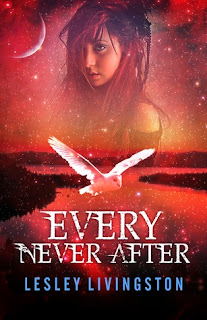 From Goodreads:
It's happening again!

Despite their vow to each other at the end of Once Every Never, best friends Clare and Allie once more find themselves in trouble—and travelling in time. Indulging in a low-key vacation at Glastonbury Tor, taking part in an archaeological dig while soaking up the sights of summertime England, the girls have promised each other: no time travel shenanigans; no involvement with dangerous Druids or villainous museum thieves; and definitely no weirdness about the fact that Clare is now seriously dating Milo, Allie's super-genius hottie cousin!

But when Allie makes an unexpected discovery at the dig site—a skull—the grisly artifact sends her spiralling back in time to a Roman encampment besieged by rampaging Celts. Caught between the Legions and the war band, Allie is rescued from certain death by Marcus, a young Roman soldier with a secret. As she struggles to survive in the past, Clare and Milo race desperately against time in the present to bring Allie home...before she loses her head OR her heart.

My Review:
It was really fantastic to be in this world again, with these characters! They were so fantastic, so enjoyable to read about, and yeah, the situations they get into, oh, boy, do I want to read about them! So freaking fantastic!

So this is more Allie's story then Clare, because this time, it's Allie that goes back in time, and finds a guy who she's interested in romantically. And yeah, the change was really awesome, because it meant that we were seeing more of this world!

Loved seeing how Once Ever Never shaped this book, because yeah, this book was what it was because of everything that happened in that book, what with the whole time travelling, and Milo, yeah, that was really fantastic!

We learned more about this world, which was really great! There was a lot going on, yeah, watching that all happen was really fantastic! And that ending, oh, wow! So fantastic, and so heartbreaking, because she left him there in the past!

Man, I can't wait for the 3rd and probably final book in this series! It's going to be fantastic, I just know it!