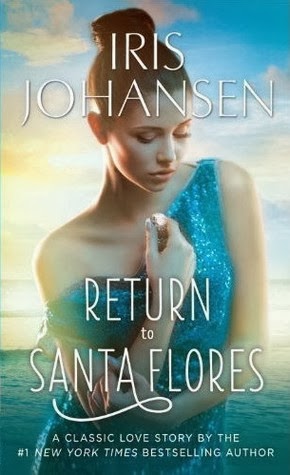 From Goodreads:
Jenny Cashman longs to escape the refined, rarified air of her exclusive Swiss education. At nineteen, she’s desperate for independence—and to once again see the man she loves. So she sells her belongings, leaves Europe, and heads to Las Vegas. The sight of Steve Jason’s newest palatial hotel and casino thrills Jenny—but not as much as the sight of the man himself. Steve came to her rescue after her father died, paying for her years of expensive schooling. Now, she must convince him that she’s old enough to make her own decisions . . . including about her passion for him.

Steve Jason is a powerful mogul, a man who came from nothing and made a name for himself in the industry before he was thirty years old. He takes great care to keep all emotional involvement with others to a bare minimum—with only one exception. Jenny has always been incredibly important to him. But how can he keep her safe when she seems oblivious to her own stunning beauty and the reactions she gets from other men? It will take all of Steve’s resolve to protect her—especially from his own desires.

My Review:
I enjoyed this book so much! I'm so glad that I picked it up at Safeway, and yeah, the only reason I did was because it was an Iris Johansen book, and then I probably wouldn't have read it because it was published so long ago. But it's been issued, and it's in my hands, and I just love that!

I could tell this book was written, and set, in an early age, because I can't think that any starting off business man would adopt the child that was orphaned in his business, now. But then, that would make sense in a book and movie!

Yeah, that was just a great ending, they're together, married, and happy to have both! And yeah, while their romance is a bit of a cliché, it was good. I didn't care that the events in this book would never happen! I just wanted more!

I loved this book so much, and I'm so glad that we have a sequel with Rex's story, he deserves one!