Week 37 Review: Gameboard of the Gods 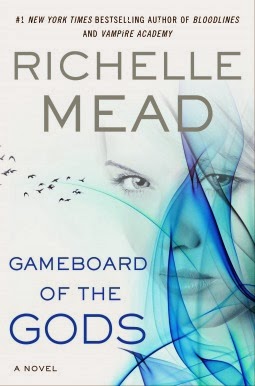 From Goodreads:
In a futuristic world nearly destroyed by religious extremists, Justin March lives in exile after failing in his job as an investigator of religious groups and supernatural claims. But Justin is given a second chance when Mae Koskinen comes to bring him back to the Republic of United North America (RUNA). Raised in an aristocratic caste, Mae is now a member of the military’s most elite and terrifying tier, a soldier with enhanced reflexes and skills.

When Justin and Mae are assigned to work together to solve a string of ritualistic murders, they soon realize that their discoveries have exposed them to terrible danger. As their investigation races forward, unknown enemies and powers greater than they can imagine are gathering in the shadows, ready to reclaim the world in which humans are merely game pieces on their board.

My Review:
This was such a fantastic book! It was different then I expected, I kinda thought that RUNA was all there was, basically, and everything else was pretty much wiped out, and while other countries aren't as well off, they are there!

I enjoyed the characters, Justin with his complications, and his smarts, Mae with her fighting, and yeah, their personalities were very distinct, and I really enjoyed reading about them! And then add in Tessa, yeah, we got a lot of perspectives of the world-from someone used to it, and someone new to it!

I thoroughly enjoyed the mystery in this book, because there's the main one, of the murderers, and then there's the deal with Odin that Justin made, and yeah, how it all comes together, that was just fantastic! I totally didn't expect it!

One word that comes to mind when thinking about this book, is complicated. There's a lot going on, and some of it's good for the characters, some of it is bad, but all of it is important, and yeah, the world was just so well built, with tons of detail, detail that I really enjoyed, it just was so enriching!

Loved this book so much, and yeah, I can't wait for the next book, it's going to be awesome, I just know it!