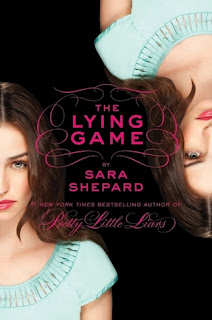 From Goodreads:
I had a life anyone would kill for.

The worst part of being dead is that there's nothing left to live for. No more kisses. No more secrets. No more gossip. It's enough to kill a girl all over again. But I'm about to get something no one else does--an encore performance, thanks to Emma, the long-lost twin sister I never even got to meet.

Now Emma's desperate to know what happened to me. And the only way to figure it out is to be me--to slip into my old life and piece it all together. But can she laugh at inside jokes with my best friends? Convince my boyfriend she's the girl he fell in love with? Pretend to be a happy, carefree daughter when she hugs my parents good night? And can she keep up the charade, even after she realizes my murderer is watching her every move?

My Review:
So I've seen the show. And I enjoy the show, so that's why I decided to read this book. And I enjoyed this book, it was really interesting and good, and I liked the differences between the book and the show, because they are different mediums.

So with the dead sister narrating the synopsis, I wasn't sure what to expect from the novel. Emma, or not? Watching, or participating? That question was at the top of my mind, and I liked how it was, because it made them different!

Such a great mystery, with a great ending that just makes me want to read more, though I'm pretty strapped for time, so it might be a while, well, that doesn't matter, because this was a really fantastic book that I will remember!

Really enjoyed it, really great, and I can't wait to read more!