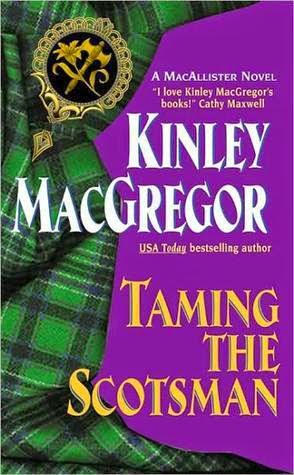 "Today was the anniversary of the day. The day that had changed Ewan MacAllister's life forever. In one moment, he had been the naive son to a respected and feared laird. In the next, he'd been the murderer of his own brother. His stomach knotted by grief and guilt, Ewan stared out across the loch where its dark, choppy waves shimmered like glass, and remembered his brother Kieran's face. Remembered the day when he had taken the one think Kieran had loved more than life itself." -Taming the Scotsman by Kinley MacGregor.

Oh, poor Ewan! Your life is about to change for the better, though! What about you guys? Happy reading!
Posted by Louisa @ Words I Write Crazy at 6:00 AM