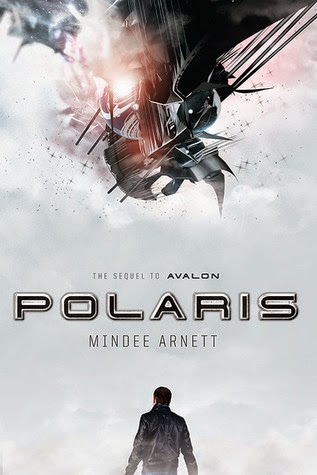 From Goodreads:
Following the events of Avalon, Jeth Seagrave and his crew are on the run. Jeth is desperate to find the resources and funding he needs to rescue his mother from an ITA's research lab and leave this whole galaxy behind for a new life somewhere else. But the ITA is just as desperate, and soon Jeth finds himself pursued by a mysterious figure hell-bent on capturing Jeth and his crew—dead or alive. In a last-ditch effort to save everyone he holds dear, Jeth enters into a bargain with the last person he ever thought he'd see again: Dax Shepherd, the galaxy's newest and most fearsome crime lord. And he's not the only one: upon arriving back at Peltraz spaceport for the first time since he witnessed the death of his old employer, Jeth discovers Dax has a new partner: Jeth's mother, Marian.

This shocking turn of events is only the first in another breathless, action-packed sci-fi adventure rife with danger, love, and betrayal, as Jeth has to once again ask himself how much he’s willing to invest in a morally bankrupt galaxy in the hopes of saving those he cares for.

My Review:
Oh, I enjoyed this book so much! It took what I expected, and then went way beyond that! Mostly because I didn't read the synopsis, which mentions his mom. Needless to say, the rescuing of her, isn't what this book is about, because yeah, it happens way different then expected!

And Trouble's in this book, the girl from Proxy, who almost got Jeth caught when stealing the gem. And yeah, her history, is a pretty important part of this book, because of her actions because of said past, and the results of those actions!

The reason main reason for me, why it's called Polaris? Because that's the name of Trouble-Aileen is her real name-ship, that is the same class as Avalon, which is kinda a good thing, seeing as *gasp of shock* Avalon is destroyed! So the Polaris is a pretty good replacement!

So there's a new bad guy, one that is more dangerous, because he thinks that he's in the right, and that's the worse kind of enemy, because they have the conviction. And yeah, his actions are pretty heinous.