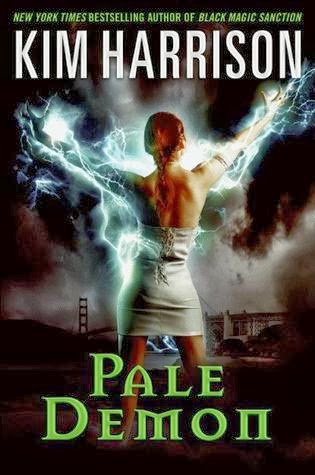 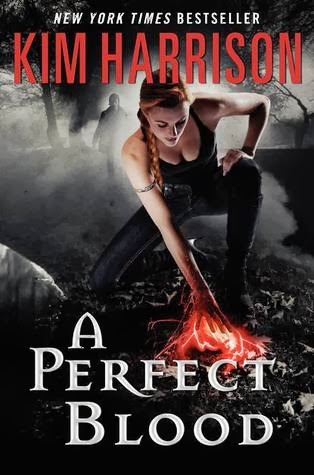 From Goodreads:
Condemned and shunned for black magic, Rachel Morgan has three days to get to the annual witches' conference and clear her name, or be trapped in the demonic ever-after . . . forever after.

But a witch, an elf, a living vampire, and a pixy in one car going across the country? Talk about a recipe for certain disaster, even without being the targets for assassination.

For after centuries of torment, a fearsome demon walks in the sunlight—freed at last to slay the innocent and devour their souls. But his ultimate goal is Rachel Morgan, and in the fight for survival that follows, even embracing her own demonic nature may not be enough to save her.

From Goodreads:
Ritually murdered corpses are appearing across Cincinnati, terrifying amalgams of human and other. Pulled in to help investigate by the I.S. and FIB, former witch turned day-walking demon Rachel Morgan soon realizes a horrifying truth: a human hate group is trying to create its own demons to destroy all Inderlanders, and to do so, it needs her blood.

She's faced vampires, witches, werewolves, demons, and more, but humanity itself might be her toughest challenge yet.

My first review of Pale Demon, A Perfect Blood
My Review:
Yeah, I enjoyed rereading these so much! They were just so good! And I had forgotten a few things that happened, besides the big major things! And yeah, it was nice to read the one chapter from A Perfect Blood from Trent's POV, it was awesome!

The Milk Duds mystery! And that it was Ivy buying them? Since I didn't remember who was, I thought that it could've been Bix coming back and forth from the church to the car with no one seeing him, but it was Ivy!

These books are kinda pivotal to me. Pale Demon had Rachel accepting that she was a demon, and then A Perfect Blood had her accepting what that meant, and yeah, that's pretty important, because yeah, that is what she is! Really enjoyed that!

Yeah, so fantastic to have these to read, loved rereading them, and yeah, writing this afterwards, but I had to read more of the series!