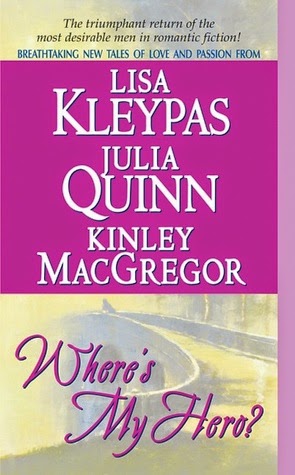 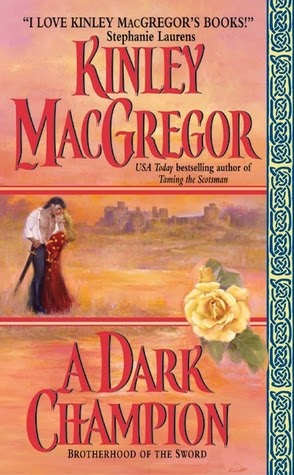 Where are my heroes? Whenever I'm reading a book by one of my favorite authors I find I'm falling for the wrong guy -- not the hero, but the other man -- and what I really want is for him to have his own story.

Like Jake Linley, from Someone to Watch Over Me by Lisa Kleypas… that doctor could sit by my bedside if I ever got sick. And Ned Blydon in Splendid by Julia Quinn...he makes me want to learn to waltz! I never thought living in a drafty castle would be much fun until Simon of Ravenswood in Master of Desire by Kinley MacGregor came along.

Anyway, I just wanted to let you know that these are my men -- when do they get their stories?

From Goodreads:
Fearless men, their allegiance is to one another, to the oppressed, and to the secret society known as the Brotherhood of the Sword—and they must never surrender to the passionate yearnings of their noble hearts.

A Lady of Love

Beautiful, peace-loving Rowena knows that Stryder of Blackmoor is a warrior, and is therefore a man to be shunned.

But something burns in the eyes of this powerful knight that she has never seen in others of his kind: a tenderness, and a need to love and be loved. Yet to enter his world would be madness—against every principle by which she has lived her life—so she must resist the yearning that would draw her into his arms.

A Man of War

Duty bound to battle for right, Stryder has never desired the comforts of home and hearth—until he gazed upon the exquisite face and form of the incomparable Rowena. He dares not succumb to her sensuous charms, for Stryder is a man sworn to know no love. But when treachery and danger threaten, the noble knight must stand as the unsuspecting lady's champion—though his actions could cost him his honor, his heart. . . and his forbidden dream of happiness.

I just loved the relationships, they are just so good! They worked so well together, Simon and Kenna, Stryder and Rowena, they're both such couples! I just wanted to know more about them, like why Simon thinks that he's just a ghost, and more about the family curse of the Blackmoor, seeing as he's not a Blackmoor in the first place!

I had forgotten that Kit was Styrder's brother, and the revelation that he's his full brother, that Stryder really isn't a Blackmoor, but then the thing I'm thinking about is, how are they connected to the brother that kicked Kit out?

The whole thing with Elizabeth, and Kit, being assassins? That Kit was the one that Stryder thought was dead? That was just so not fun for them to find out! And that they are adopting the son who already thinks Stryder is his dad? So cute! And the scene where they go to kill Strdyer because he had said previously that he'd rather be dead then married! So cute!

Really enjoyed both of these so much, so good!