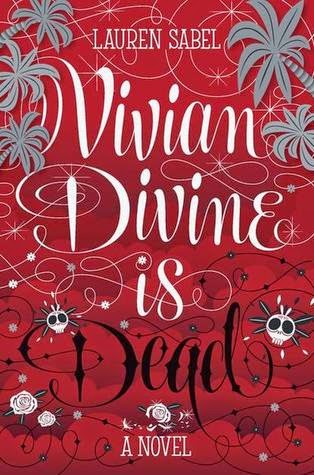 When a death threat arrives with teen celebrity Vivian Divine's fan mail, Vivian has no choice but to go on the run to Mexico. She soon discovers, though, that her Oscar-nominated performance killing villains on-screen did nothing to prepare her for escaping a madman in real life. Some people say he's a hero, others tremble in his presence, but one thing is clear: he won't stop until Vivian is in his grasp. Why didn't she pay more attention during those judo lessons for her role in Zombie Killer?

Vivian finds an ally in the mysterious and charming Nick. He is everything Hollywood boys are not-genuine, kind, and determined to see Vivian for who she really is. But even he seems like he can't be trusted-what could he be hiding?

Beat up, hungry, and more confused than ever about who she's running from, Vivian is living in a real-life blockbuster horror flick. But there's no option to yell "cut" like there is on set....

Lauren Sabel's Vivian Divine Is Dead is a creepy, witty, fast-paced adventure about family, fame, and having the courage to save yourself.

My Review:
I enjoyed this book so much! Really enjoyed that we got to see Mexico in this book, which is something that we usually don't get to-I mean, I've been to Mexico once, but that was for the 2000 celebration, and I was 4 1/2, so I don't remember anything besides those small cereal boxes!

And then there's the Day of the Dead festival, which an image of that is on the cover, which was pretty nice! I mean, I took Spanish for a term, and that was something that we learned about, though again, I don't remember-I barely remember what happened last week besides the fact that I finished off the Hollows series!

Enjoyed the mystery in this book, I mean, she was so close, so many times, to being told the truth, but since Pierre had just cheated on her, she thought it was about that, not about something else, and when you look at the lens that her bodyguard was not nice, things make a lot more sense!

One thing, that makes me want a sequel, is the fate of Nick. We don't know if he's OK or not, and yeah, we need to know! He was a pretty important person in this book after all! So yeah, I would really love it if there was a sequel!

Such a great book, really enjoyed it a lot!