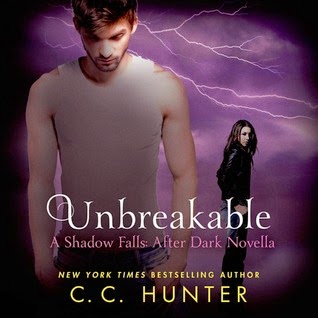 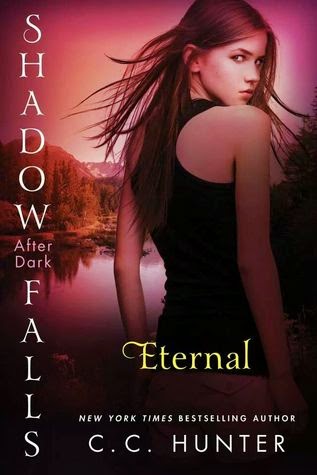 From Goodreads:
He isn't everything he says he is.  He's even more…Who is Chase Tallman, the newest member of Shadow Falls? What made him into the sexy, mysterious vampire he is today? And what led him to Della Tsang? Step back in time and unearth the secrets that haunt him.

The secret of how he became a vampire—and how he knows so much about being reborn.

Secrets about his first love, his family--and what steers him toward Della, the beautiful, complicated girl he just can't seem to stay away from. The one who makes him want things he thought he'd given up on long ago. It all began with a research study, a palm reader, and a plane crash that sent him on a quest…for a love that's unbreakable.

From Goodreads:
All her life, Della's secret powers have made her feel separated from her human family. Now, she's where she belongs, at Shadow Falls. With the help of her best friends Kylie and Miranda, she'll try to prove herself in the paranormal world as an investigator—all the while trying to figure out her own heart. Should she chose Chase, a powerful vampire with whom she shares a special bond? Or Steve, the hot shapeshifter whose kisses make her weak in the knees? When a person with dark connection to her past shows up, it'll help her decide which guy to choose–and make her question everything she knows about herself.

My Review:
I enjoyed reading both of these so much, getting Chase's story of just before, and interspaced, after, the incident that took away all of his family, but him and his dog, and then more Della, and more family secrets are brought to light, and yeah, just so good!

I really enjoyed Unbreakable, because yeah, it's Chase's POV, and before he knows about the supernatural world, I mean, in one scene, his sister's going on about their dad's papers, about people who willingly drink human blood, and yeah, it was just great to see this pivotal scene from Chase's life!

Eternal, oh, you pretty much broke my heart! So much happens, and yeah, a continuation on everything that Della learned in the first book-like that her dad had 2 other siblings, and that he was a murder suspect in his other sister's death-but I'm thinking that it's his brother, his twin!

So things dealt with in this book, including, but not limited to, the bond between Chase and Della, and various other things about the bonding in general, a ghost telling them to rescue a couple who were hidden away by the slavers that Della caught in the first book, one of whom, plus the ghost, have a family connection to Della, and oh, yeah, the ending with her dad arrested for the murder, and finding out that Chase is in contact with her uncle! And I'm really thinking that Chase's Jimmy, is her uncle!

Favourite lines from Eternal: "I just started my period and it's about to get messy. Of course, you wouldn't understand that. I mean, I know guys don't understand the whole period thing. But seriously, if your penises bled once a month-" Ah, the good old excuse! Poor Mr. Yates! "'So now are you comparing you and Chase to me and Holiday? I thought you said there wasn't anything romantic going on?' 'No, I told you she said they weren't having sex.' 'I'm glad you two get off talking about my sex life.'" This is just so cute! Oh, Burnett, the over protectiveness! "'Give a guy a break.' 'You've asked that once. And you never told me what you wanted broken. But I have a few ideas.'" Yeah, be careful, Chase! "It appears my little girl already has good taste in men. I'm afraid she's a big flirt." So cute, baby Hannah!

Really enjoyed these so much, getting more Della, and I can't wait for the conclusion of her story next summer!