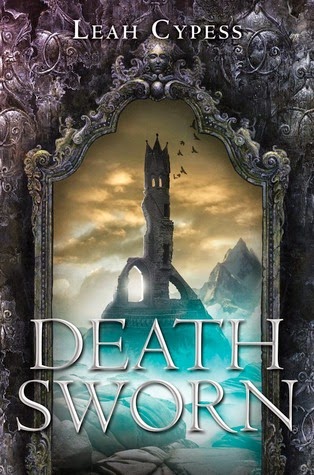 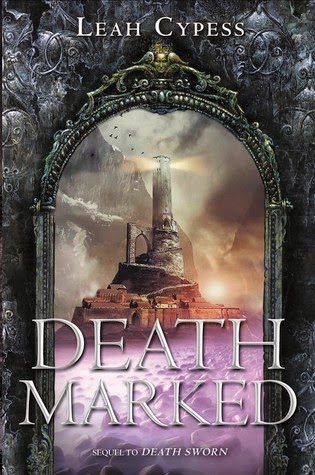 From Goodreads:
When Ileni lost her magic, she lost everything: her place in society, her purpose in life, and the man she had expected to spend her life with. So when the Elders sent her to be magic tutor to a secret sect of assassins, she went willingly, even though the last two tutors had died under mysterious circumstances.

But beneath the assassins' caves, Ileni will discover a new place and a new purpose… and a new and dangerous love. She will struggle to keep her lost magic a secret while teaching it to her deadly students, and to find out what happened to the two tutors who preceded her. But what she discovers will change not only her future, but the future of her people, the assassins… and possibly the entire world.

From Goodreads:
A young sorceress's entire life has been shaped to destroy the empire controlling her world. But if everything she knows is a lie, will she even want to fulfill her destiny? The sequel to Death Sworn is just as full of magic and surprising revelations, and will thrill fans of Leigh Bardugo and Robin LaFevers.

At seventeen, Ileni lost her magical power and was exiled to the hidden caves of the assassins. She never thought she would survive long. But she discovered she was always meant to end up, powerless, in the caves as part of an elder sorcerer's plan to destroy the evil Empire they'd battled so long. Except that Ileni is not an assassin, and she doesn't want to be a weapon. And, after everything, she's not even sure she knows the truth. Now, at the very heart of the Empire—its academy for sorcerers—the truth is what she seeks. What she finds challenges every belief she holds dear—and it threatens her fledgling romance with the young master of assassins.


Leah Cypess spins an intricate and beautiful conclusion to Ileni's story. In the end, it may not be the epic decisions that bring down an empire, but the small ones that pierce the heart.

My Review:
I think my most favourite part of these books, is that we got to see the rebellion from both sides-from those that are rebelling, and then of the Empire, who is being rebelled. It was just so awesome! It was really great to see both perspectives!

So Ileni starts off, thinking that one way or another, she's going to die in the assassin's cave. So she acts like it, like she's not afraid of them. Which she is, but still! That attitude, it was something I think  actually kept her alive!

When they were fulfilling the promise she made to the girl about her baby, and they saw all those  babies, and how the orphanage would only keep those that were marked like they marked the baby of the girl, my question is, what happens to the babies who aren't marked?

Enjoyed the ending, that she's found a better way for them to do things-and the it gets turned around, and perverted. And yeah, while the perverted way is better then how things are currently going, yeah, I don't feel like this world is done telling stories, maybe it's the end of Ileni's story, but we need more of this world, it's not done yet!

Favourite lines from Death Sworn: "As she followed Sorin through a passageway lit by glowstones, Ileni came up with and discarded several possible openings, ranging from The weather down here is surprisingly pleasant to So, how many people have you killed?" Uh, glad she discarded them! "Supporters of what? The right kind of knife thrust?" Of a rebellion? "It's adorable, that you think anything that comes out of your mouth could bother me enough to count as an insult." Agreed! "How to throw assassin off balance: cry in front of them. She would have to find a way to pass that along to the next tutor." I just love this! "Not that she had anything approaching Sorin's level of skill, but if anyone tried to attack her while she happened to be holding a perfectly weighted knife, gave her plenty of time to adjust her grip, and stood in one place long enough for her to aim, she would be more than able to defend herself." Because of course those conditions are going to present themselves! "'You're the one who's been telling me how unimportant safety is.' 'And you've been listening?' 'Not on purpose, I assure you.'" I love the tone in there, it's hilarious! "Safe? Do you even like being safe? That wasn't my impression." Oh, potential relationship feels! "You're one of the assassins, famed for their allure and irresistibility to women. And you've never kissed a girl?" Ouch! That must sting, Sorin! "Tellis had made her feel safe. Sorin made her feel like being inches away from death was wroth it." Then Sorin's the better choice for you!

Yeah, I enjoyed reading these books so much, weird, but enjoyable! So good!