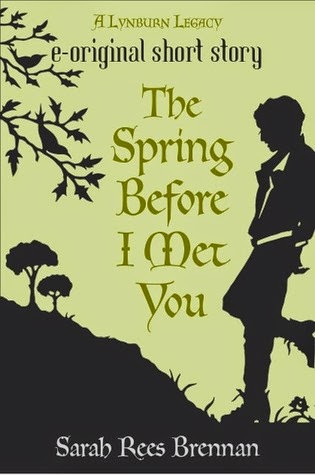 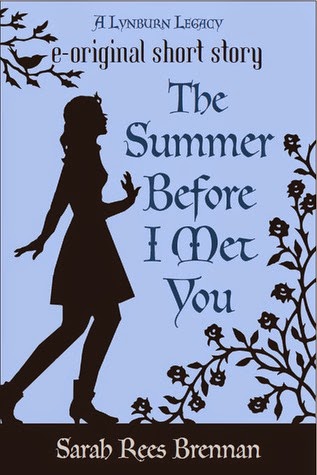 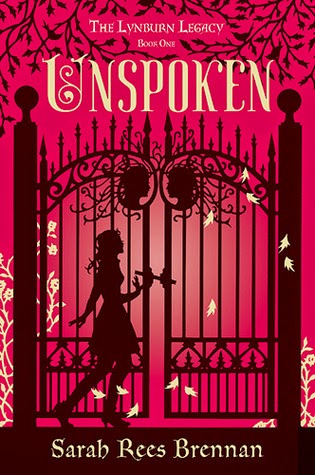 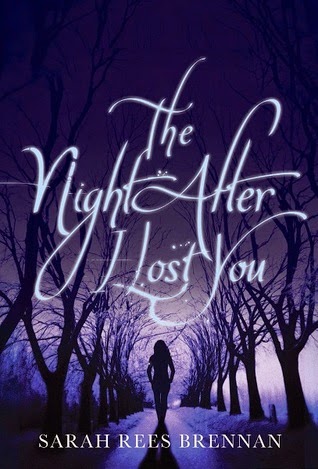 From Goodreads:
Introduction by Holly Black:

I had the privilege of reading this story many months ago and swooning over it almost as much as I swooned over Unspoken, the first book of Sarah Rees Brennan's gorgeously crafted modern gothic trilogy. Sarah's writing is incredible in that she is able to write these witty, lush scenes that have you smiling along until suddenly, in a single sentence, she reaches out to break your heart.

This story introduces us to one of the main characters of Unspoken, Jared Lynburn. Seeing him as the broken, dangerous, closed-off teenager that he appears to be from the outside allows us to anticipate all of the insight we'll have into his character when we get inside his head--which we will, since he's the heroine's "imaginary friend."


I enjoy the contrast of Jared's loneliness in the rough streets of Hunters Point/Bayview in San Francisco and the small, strange English town Jared is headed toward, and the girl he is about to meet. But most of all, in this story, I enjoy Jared himself, a character who is a study in contrasts--pushed to such extremes of despair and fury that he's truly capable of anything and yet capable of vast kindness, gentleness and humor.

From Goodreads:
"Take care of your spirit, Kami," said Megumi. "And don’t burn the place down."

Kami grabbed both the suitcases and headed for the cabin she was sharing with Liz and Angela. Liz walked with her, and on their way Kami stopped.


"My Sobo was exaggerating," she said earnestly. "There have been very few fires."

From Goodreads:
Kami Glass loves someone she's never met . . . a boy she's talked to in her head ever since she was born. She wasn't silent about her imaginary friend during her childhood, and is thus a bit of an outsider in her sleepy English town of Sorry-in-the-Vale. Still, Kami hasn't suffered too much from not fitting in. She has a best friend, runs the school newspaper, and is only occasionally caught talking to herself. Her life is in order, just the way she likes it, despite the voice in her head.

But all that changes when the Lynburns return.

The Lynburn family has owned the spectacular and sinister manor that overlooks Sorry-in-the-Vale for centuries. The mysterious twin sisters who abandoned their ancestral home a generation ago are back, along with their teenage sons, Jared and Ash, one of whom is eerily familiar to Kami. Kami is not one to shy away from the unknown—in fact, she’s determined to find answers for all the questions Sorry-in-the-Vale is suddenly posing. Who is responsible for the bloody deeds in the depths of the woods? What is her own mother hiding? And now that her imaginary friend has become a real boy, does she still love him? Does she hate him? Can she trust him?

From Goodreads:
A Lynburn Legacy present for you, my petal darlings.

Set the night after the end of Unspoken, before all the action of Untold. You have to keep moving in a Gothic mystery. But sometimes you can take a night to be sad.

My first review of Unspoken
My Review:
Rereading these, they were fantastic! Kami and Jared were just so much fun to read about, they had weird ideas (well, most Kami) and such plays on words, and then all their friends, they just all came together to a great beginning to the series!

Really enjoyed Angela and Rusty, and Ash, together with Kami and Jared, they made a pretty epic team, with strengths and weaknesses, but still, they worked well together, mostly because most of them have been doing that for a while!

I enjoyed this world, it was creepy, and gothic, and yeah, there were some really great mood builders built in, I mean, like Kami says, the town is 600 years old, it has a "ruling" family, and it doesn't have a few skeletons in the closet? Which just means that they have to go and track them down!

That ending, again, it injured me, who the bad guy is, and what they did, and that Kami and Jared's connection was severed, and yeah, just that the good guys aren't left in a good spot, the wait for the new year to read the rest of the series is going to be evil!

Favourite line from The Spring Before I Met You: "It’s true. I'm totally a vampire. It's why I'm so
chiselled. Comes with the undead territory." Oh, Jared. You do come from a very strange family!

Favourite lines from The Summer Before I Met You:  "Jon Glass gave Angela a farewell shoulder squeeze; Liz had to admire his courage." Me, too! "Liz was mystified by the amount of glitter guns required; it had been a day largely without glitter." Well, they are kids! "It was all a bit anticlimactic. I was kind of hoping my first breakup would involve me slapping someone in the face with a napkin and pouring red wine over their head." That certainly would be interesting!

Enjoyed these so much, and come the new year, I'll be reading Untold and Unmade as soon as possible!

The Spring Before I Met You:

The Summer Before I Met You:

The Night After I Lost You: