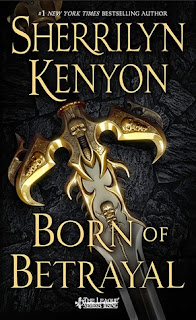 Born of Betrayal by Sherrilyn Kenyon
Expected Publication: November 3rd, 2015
From Goodreads:
Years ago, family loyalty caused Fain Hauk to give up everything he loved: His military career. His planet. His fiancée. Even his name.

Now decades later, everything has changed. He’s built a new life out of the ashes of his old, and he’s vowed to never let anything threaten his loved ones again.

But when old enemies align themselves with new ones, he’s caught in the middle of a brutal war. And when fate throws his former fiancée back into his world and she has her own agenda that includes taking his head for what he did to her years ago, more than just his life is at stake. The fate of the Ichidian universe and that of his brothers-in-arms hangs in the balance. Winner take all.

It’s killed or be killed, and never has the battle been more fierce… 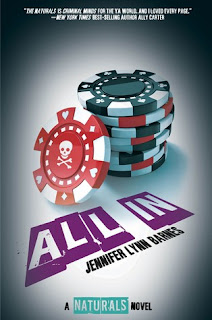 Ten Thousand Skies Above by Claudia Gray
Expected Publication: November 3rd, 2015
From Goodreads:
In this sequel to A Thousand Pieces of You by New York Times bestselling author Claudia Gray, Marguerite races through various dimensions to save the boy she loves.

Ever since she used the Firebird, her parents' invention, to cross through to alternate dimensions, Marguerite has caught the attention of enemies who will do anything to force her into helping them dominate the multiverse—even hurt the people she loves. She resists until her boyfriend, Paul, is attacked, and his consciousness is scattered across multiple dimensions.

The hunt for each splinter of Paul's soul sends Marguerite racing through a war-torn San Francisco, the criminal underworld of New York City, and a glittering Paris where another Marguerite hides a shocking secret. Each dimension brings Marguerite one step closer to rescuing Paul. But with every trial she faces, she begins to question the one constant she's found between the worlds: their love for each other.

Oh, the 3rd has a lot of really fantastic books coming out! I can't wait for them! I want to read them, they look so fantastic! Plus, oh man, these authors and series, are so awesome! What about you guys? Happy reading!
Posted by Louisa @ Words I Write Crazy at 6:00 AM