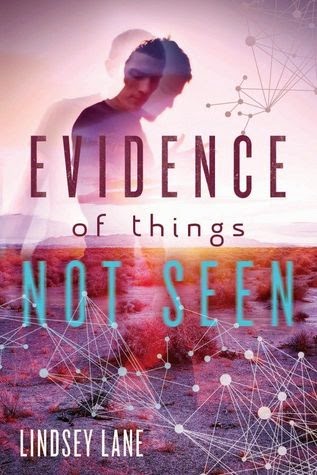 From Goodreads:
When high school junior Tommy Smythe goes missing, everyone has a theory about what happened to him. Tommy was adopted, so maybe he ran away to find his birth parents. He was an odd kid, often deeply involved in his own thoughts about particle physics, so maybe he just got distracted and wandered off. He was last seen at a pull-out off the highway, so maybe someone drove up and snatched him. Or maybe he slipped into a parallel universe. Tommy believes that everything is possible, and that until something can be proven false, it is possibly true. So as long as Tommy's whereabouts are undetermined, he could literally be anywhere.

Told in a series of first-person narratives from people who knew Tommy and third-person chapters about people who find the things Tommy left behind—his red motorbike, his driving goggles, pages from his notebook—Particles explores themes of loneliness, connectedness, and the role we play in creating our own realities.

My Review:
This book was so strange! A book about a boy who isn't actually there-because he's disappeared, and there's all sorts of possibilities given as to where he went. And the whole point of the book, for me, is the last line, "We have to live each day with the mystery." And we do-that's life.

Particle physics was a big part of this book-it was what Tommy was obsessed over when he disappeared, and some of the possibilities were that given were about that, however unlikely. Plus the little hints in the book!

It was also in the synopsis, in the whole book, because without knowing, without observing, well, all those possibilities are open, the choice hasn't been made, the path decided. So while they are there, one of them isn't chosen, because things are left open.

I really enjoyed the narration, from people talking, being interviewed by a police officer (but only that person) and chapters with 3rd person about bits of their lives, when they find or interact with parts of Tommy's, whether or not they knew him. And between those, parts of what Tommy had written down in his notebook. It was really different and interesting to read, and making the connections (like Tara's dad in the first chapter, then what was really going on, and then Tara.)

Yeah, this was a strange book, but it was a good book! Really enjoyed it!