Week 8 Reviews: Her Secret Agent, Her Perfect Mate, Her Lone Wolf, Her Halloween Costume...His Halloween Fantasy, An X-Ops Christmas, Her Wild Hero, Declan and the Disney Elves, An X-Ops Honeymoon, Her Special Alpha 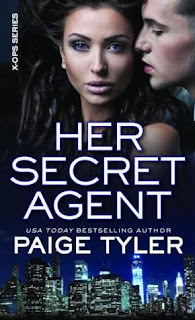 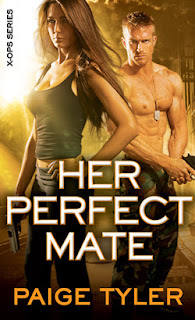 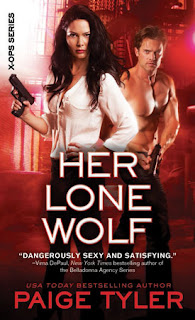 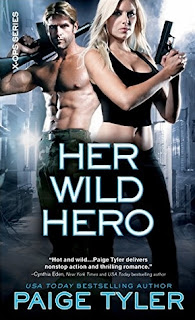 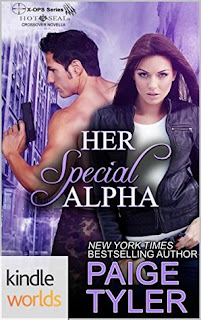 From Goodreads:
John Loughlin, the Director of the Department of Covert Ops, is in New York City on a recruiting mission. He's been tracking and evaluating one shifter in particular for some time. Cree Forest is a clever fox shifter—and very foxy. Cree is a translator for the UN and John is keen to recruit her brilliant mind and persuasive skills to join the DCO.


But Cree isn't what she seems. Just as John has been watching her, Cree has been spying on him. She is working with a rogue shifter and John is getting too close—professionally and personally! On opposite sides professionally, can they trust each other with their hearts?

When Special Forces Captain Landon Donovan is pulled from an op in Afghanistan, he is surprised to discover he's been hand-picked for a special assignment with the Department of Covert Operations (DCO), a secret division he's never heard of. Terrorists are kidnapping biologists and he and his partner have to stop them. But his new partner is a beautiful, sexy woman who looks like she couldn't hurt a fly never mind take down a terrorist.

She's Not Your Average Covert Operative


Ivy Halliwell is no kitten. She's a feline shifter, and more dangerous than she looks. She's worked with a string of hotheaded military guys who've underestimated her special skills in the past. But when she's partnered with special agent Donovan, a man sexy enough to make any girl purr, things begin to heat up...

From Goodreads:
It took everything she had for FBI Special Agent Danica Beckett to walk away from the man she loved. But if she wants to save his life, she has to keep her distance. Now, with a killer on the loose and the stakes higher than ever before, the Department of Covert Ops is forcing these former lovers into an uneasy alliance...whether they like it or not.

Seeing her again is even worse

The last thing Clayne Buchanan wants is to be shackled to the woman who broke his heart. She gets under his skin in a way no one ever has and makes him want things he has no right to anymore. All he has to do is suffer through this case and he can be free of her for good. But when Clayne finds out why Danica left in the first place, everything he's tried to bury comes roaring back-and there's no way this wolf shifter is going to let her get away this time.

From Goodreads:
A short Halloween story with Landon and Ivy.

From Goodreads:
Name: Kendra Carlsen
Rank: Trainer, Dept. of Covert Ops
Objective: Get out of the office and into the field


The steamy Costa Rican jungle brings out the bear in Declan MacBride when he and new operative Kendra Carlsen are ambushed. In the midst of relying on each other to survive, and fighting his explosive attraction to Kendra, this shifter is about to lose control...

From Goodreads:
When Kristie from Dark Faerie Tales asked me to not only blog at the Fantastic Fables Event, but to immerse a character from my X-OPS Series in a Disney movie, I was beyond excited because I'm a HUGE Disney fanatic! And I immediately knew which character to immerse in the world of Disney—bear shifter hero Declan MacBride from my new release, HER WILD HERO, Book 3 in the X-OPS series. So, here's my take on Declan's adventures with Disney's Prep and Landing. As Lanny the elf would say, this is going to be soooo tinsel!

From Goodreads:
Former Army Special Forces soldier Travis Dalton finds himself thrust into the mysterious world of the Department of Covert Operations, one where sometimes bad guys do more than shoot you—sometimes they tear you to shreds.

Feline shifter and covert agent Eden Bristow can't help noticing how good Travis is at guarding her back—and turning her on. She hasn't had much luck with guys, not once they get a look at her fangs and claws.

Travis doesn't seem to have a problem with her being a shifter, and Eden is ready to make up for lost time. But one little thing is getting in the way of their romance—a gang of bad guys, and the vicious wolf shifter leading them.

My Review:
Oh, yeah, I loved reading these books! I absolutely love this world, and with each book, we dove deeper and deeper! Plus, these couples were really amazing to watch them come together! Yeah, these book were so fantastic to read!

Her Secret Agent was a perfect opening to this series! Because it introduces a pretty great threat, and this world, and some of these characters! And while Cree has very little show time in the series, John has more, and yeah, they were a great couple to kick this series off!

Starting this series with 6 books with synopsis, well, I knew what couples were coming. So when details were dropped about them, it just made the series so much more and connected! And when these couples got together, that was just fantastic!

I enjoyed this series so much, and these couples, that I really can't wait to see what's going to happen next! But I think my most favorite parts, were the shorts, because they gave us some quick looks at these couples, and they were just so sweet and cute and adorable!

Absolutely loved reading these books, and I can't wait to read more!

Declan and the Disney Elves: