Yeah, we have the stunning new covers for the Realm Enforcers Series by Rebecca Zanetti! 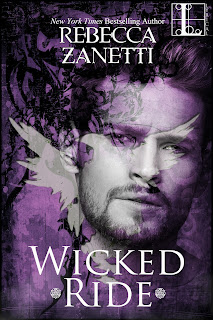 From Goodreads:
Alexandra Monzelle is a hard-fighting, heat-packing Seattle vice cop, and she’s not much interested in being protected. Her short skirt and sex-kitten heels are tools to lure her suspects into talking about the deadly new drug hitting the streets. She can take care of herself and then some. Unfortunately, she can’t seem to get that through to Kellach Dunne.

Kellach is a fresh import from Dublin, and he’s landed at the heart of a vicious motorcycle club that deals in guns, narcotics, and mayhem. He’s all male, all rough power—and all interference in her damn investigation. Maybe he’s one of the good guys. Maybe not. Lex knows an affair with an immortal like him would risk everything. No matter how delicious he looks…

Daire Dunne is more than ready to take a quick break from his duties as a Coven Nine Enforcer. When he spots a sexy blonde across a Titan’s of Fire party, it’s not long before she’s on the back of his Harley on the fast track to his apartment. Unfortunately, one overheated kiss in, the woman drugs Daire and steals valuable files that can’t fall into enemy hands. The second he comes to, the hunt
is on . . .

Now that Cee Cee has the information to take down an enemy that destroyed her family, she can implement her perfect plan for revenge. Nothing will stop her, not even a shockingly sexy enforcer barging into her life. Not even the spectacular, fire-branding sex engulfing them. But if Daire ever figures out who her family really is, all bets are off. . . 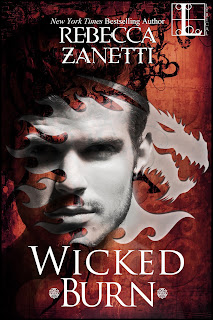 From Goodreads:
Simone Brightston knows she can beat the rap her enemies are pinning on her. An Irish witch is nobody's fool, and she didn't get to her position on the high council without serious power. But her cousins want her to hide out—and they somehow convinced her arch nemesis to play getaway driver.

Of all the men she's known, Nikolaj Veis is the hardest to intimidate. With his demon-dark eyes and his inscrutable beauty, he's as desirable as he is dangerous. And he knows better than to underestimate Simone. So when he pulls up on a roaring bike and tells her to climb on or fight it out, she grabs a handful of jacket and holds on tight. Running from the law may not be the smartest plan. But when it comes to Nick, hot pursuit and a blazing fast ride are exactly what Simone's looking for . ..

From Goodreads:
Working as an informant for the DEA, Victoria Monzelle is used to living on the edge. But she’s not a big fan of getting kidnapped. And definitely not by a bunch of bad boy witches with fancy-colored fire to shoot at people. So when Adam Dunne shows up and claims to be a witch enforcer, she’s not going to put her life in his hands based on his word, no matter how smooth and smart and beautifully Irish his words sound. But on the run from a tribunal of witches, she isn’t going to make it far . . .

Before she knows it, Adam’s word is all that stands between her and execution. Sophisticated, just-gotta-ruffle-him Adam has vowed to make her his one eternal mate, wild and unpredictable as she is—to save her from a sentence of certain death. But Tori isn’t interested in being anyone’s pity date. And if they think she’s unpredictable now, they should see what’s coming next . . .

Synopsis:
As she hunts for a drug lord killing her fellow witches, all Tessa Lansa’s instincts point to the Grizzly motorcycle club. That might be because their leader, Bear, is the strong, silent shifter type: warm brown eyes and more muscle and alpha male than any woman can ignore. Which makes Tessa’s plan to seduce and betray him all the more dangerous . . .

Bear doesn’t trust the curvy, blue-eyed witch. But Tessa can heal the injuries that sap his strength. And since he can’t stop thinking of her lush body and teasing smile, her plan to mate him to reclaim her own power is highly tempting. Just one problem. Once a desire this wild is loose, no one will ever control it . . .

Bio:
New York Times and USA Today Bestselling author Rebecca Zanetti has worked as an art curator, Senate aide, lawyer, college professor, and a hearing examiner - only to culminate it all in stories about Alpha males and the women who claim them. She writes contemporary romances, dark paranormal romances, and romantic suspense novels.
Growing up amid the glorious backdrops and winter wonderlands of the Pacific Northwest has given Rebecca fantastic scenery and adventures to weave into her stories. She resides in the wild north with her husband, children, and extended family who inspire her every day—or at the very least give her plenty of characters to write about.