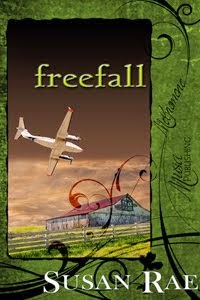 From Goodreads:
He felt as if he was falling—freefalling through 15,000 feet—without a parachute. It was exciting, thrilling—and deadly. He'd brought Kate up here to protect her, to keep her out of trouble. He'd told himself he owed that much to Keith. Now all he wanted to do was take her down into the cabin and ravage her 'til dawn...

Kate Reynolds's quest to unravel the mystery of her brother's plane crash throws her into the turbulent wake of suave pilot/mechanic Everett Larsen. His gray gaze ignites in her a passion as powerful as a jet stream, but it also sparks a memory...

Drawn to Milwaukee by Keith's cryptic message, Larsen is unprepared for the torrent of emotion he feels when he sees Kate—after his wife's death, he is afraid to love again. But when Kate gets too close to the truth, he is even more afraid to lose her.

My Review:
I enjoyed this book a lot! It had great action, and romance, and mystery, and those elements just wove together into a pretty darn tooting good book! I really liked reading about these characters, they were just perfect for the story.

Let me say, that it's not often, but it's sometimes, when characters are referred to by their last name, that I don't like it, because half the time, they've been referred to by another name, and the other half, it just doesn't click with me. Yeah. Didn't like it in this book!

So a big part of this book was the mystery. I mean, it was a really twisty and turn-y one, with a bunch of things going on, it was really great! And with the action accompanying the twists, well, that made for some great entertainment!

These characters were the life of the story. They were the ones who went through these events, and dealt with them! It was really fantastic to watch them do so, so entertaining, and I really liked where it ended, where they were!

Enjoyed this book, it was really entertaining and great to read!

The pilot gazed off into the clear blue Midwestern sky for a final safety check to make sure no planes were coming in. Satisfied all was clear, he thrust the throttles forward.

The plane’s powerful engines roared. The twin-engine Comanche started to roll, slowly at first, and then quickly gained momentum. The pilot’s blood raced as the ground flew past him. An excitement he found nowhere else coursed through his veins. He pulled back on the column, knew the moment the wheels left the ground, and smiled in wonder — no matter how many times he did this,
the rush was always the same. The plane soared up past the terminal, up over the hangars and the landlocked cars in the parking lot below. As the Comanche gained altitude, the pilot marveled at the sleek phenomenon of speed slowing down.

“Excuse me,” she said, her voice sounding amazingly calm despite the butterflies that swept and dove in her stomach. “I’m Kate Reynolds. I’m here to see my brother.”

The nurse glanced up and then spoke to another nurse who was in conversation with a man who stood just a few feet from Kate. “Julie, the sister’s here.”

Kate looked over to them. Almost as one, they turned to gaze at her. Both seemed to hesitate, and then the nurse smiled — but her eyes took on a sympathetic cast. Kate’s heart skipped a beat.

“My brother, Keith…is he…?” Her words trailed off, and she swallowed, unable to voice her greatest fear. The trip from San Francisco to Milwaukee had taken a long, grueling, and quite turbulent seven hours. During her layover in Denver, she’d checked in with the hospital. Keith was in surgery, and although his condition was grave, he was still alive — then.

“Your brother is holding his own, Miss Reynolds,” the nurse assured her. “At least for now.”

Kate’s knees began to buckle. She hadn’t realized until now that she’d been holding her breath. The man reached for her, grabbed her arm, steadied her.She stared down at his hand, strong and masculine. She was stunned by his touch, stunned by her own weakness. This weakness wasn’t like her. It was just that it was all so much like that other time — the time her parents had crashed in their experimental plane. She was nine. Her parents had died. Then, just a few years ago, she’d thought she’d lost Keith, too.

Later…
Everett Larsen stepped up to the glass partition, careful not to draw attention to himself. Glancing at the monitor, he studied it briefly and then allowed his gaze to settle on the woman seated beside the bed. So this was Keith’s little sister, he thought. He knew he shouldn’t have allowed himself to come face-to-face with her earlier. It was a mistake. Still, despite the shell-shocked look in those blue eyes, there was no denying the fact that Kate Reynolds had blossomed into one helluva woman.

His cell phone vibrated at his side. Cell phones weren’t allowed in this part of the hospital — he should have turned it off. He glanced at the incoming number. He’d make it short.

He listened to the guy on the other end for a few seconds.

“Great. You’ll let me know the minute you find something.”

Returning the phone to its holster, he turned back to the room. This time, it was Keith he studied. Just what had Keith been up to? 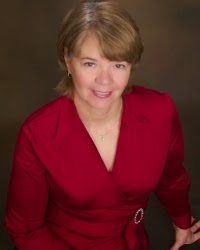 Bio:
I write, basically, because I just can't help myself. I can't resist the challenge of taking the intriguing characters and storylines that pop into my head and fleshing them out into compelling manuscripts. Romantic suspense is a natural to me, because it allows me to combine my love of a good mystery with a passionate love story. It also lets me express my appreciation for the outdoors in the settings which I recreate on the page.

My first novel, heartbeats, is a story of romance and danger set against the background of busy Chicago and the quiet, rural cornfields of northern Illinois. heartbeats has garnered numerous awards, including RWA Golden Heart Finalist for Best Romantic Suspense Novel and Best First Book by First Coast Romance Writers.

In freefall, my second novel, danger and suspense are juxtaposed against the tranquil valley of Sylvan Lake (fictitious) in the Kettle Moraine Forest and the sun-dappled waters of Door County, Wisconsin.

When I'm not sketching characters or working out plot problems, you might find me on the golf course working on my handicap. I also enjoy traveling around the country seeking out new settings for my novels with my husband and my empty nest puppies, Ginger and Nikute. 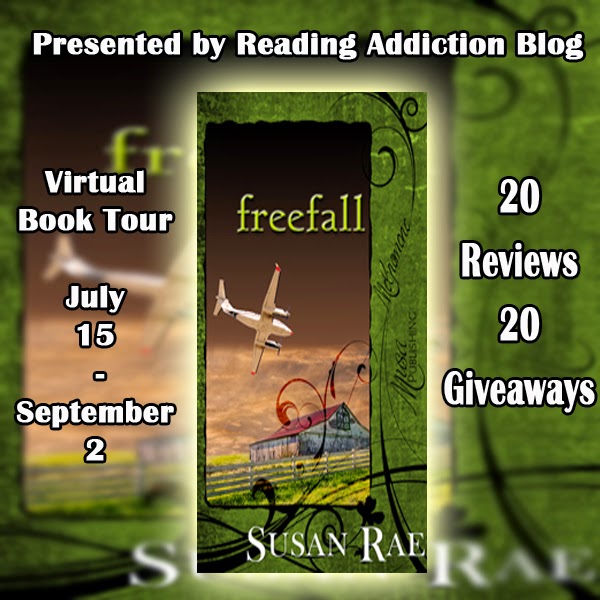