The Light of Asteria: Review 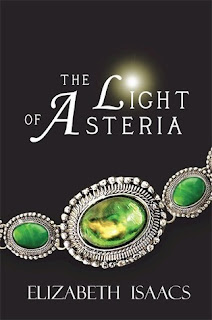 From Goodreads:
If Nora Johnson hadn't been on campus that day she would have never known her true destiny. Helping her friends move into the dorm that she wanted to call home, Nora accidentally collides with mysterious stranger, Gavin Frey. His very first touch sends flames through her heart. The world seems different-something within her has changed.

Nora tries to resume her mundane life, but she is now consumed with the one whose very presence ignited her soul, the one with eyes of emerald. Nora soon learns that an energy buried deep within has been unleashed. She now wields unimaginable power and has become Gavin's source, his strength.

Her newfound joy is shaken when she discovers that Gavin is not who he appears to be and she has been thrust in the middle of a war of mythical proportions. Negativity has allowed all things evil to flourish, the earth is under siege. The fate of creation hinges on the power within her heart. Will she be strong enough to survive?

A gripping tale of unbounded love and ancient power, The Light of Asteria will take you on an epic adventure filled with war, treachery, and demons, as well as unimaginable delights.

My Review:
This was a fantastic book! We are introduced to this wonderful world, slowly, bit by bit, from first the weird things, to the discovery of why there's the weird things, and to more and more of this world, until you're in the world, and the ending, it's hard  to imagine that it was in the same book as the beginning, and I both love this effect, because it means that it's a freaking long book, and that it was written so well, and also kind of hate it,  because I kinda miss the way it was in the beginning, and it won't go back to that. Because the beginning was on Earth, and the ending was in Kailmeyra, yeah. Most likely, she's not going to go back to Earth. But anyways.

I thought there could've been a slightly more of her friends, and following up on what was happening, because it was pretty important to her in the beginning, and it was the reason why she met Gavin the first place, so I'll leave my hopes in the second, or third books, because there was potential there for a lot of heart-wrenching conflict and despair.

Gavin, as a character, I liked him best, though it's a double-sided coin, what I like most about him, that he's more real, and has emotions like anger, is that I don't like that anger, because it kinda made him sound like a jerk, but Nora stuck with him, and helped him, so that was really good, it really helped their relationship, I think, that she kept him on his toes!

All in all, this book was fantastic, and left open for the sequels, which sound really good! Hope you check out this book! 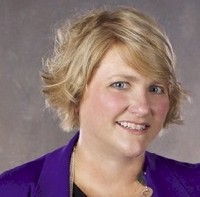 Bio:
I have my master's in music performance and at one time considered a career in opera. My teacher’s heart wouldn't stand for it though, and so we moved back to Kentucky and I found a wonderful elementary school that needed me; I've been there for thirteen years now.

Books have been a part of my life for as long as I can remember, and I've always been a closet writer. Though it wasn't until recently that I found the courage to share my work with the world.

The Kailmeyra series will be complete in the spring of 2013 with the release of the final book, The Heart of the Ancients.