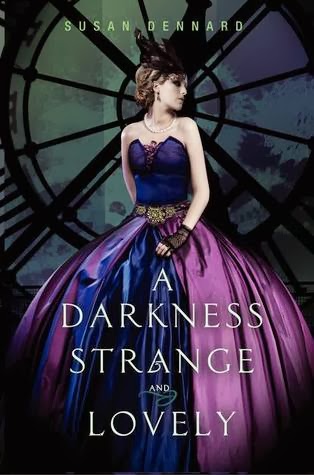 From Goodreads:
Following an all-out battle with the walking Dead, the Spirit Hunters have fled Philadelphia, leaving Eleanor alone to cope with the devastating aftermath. But there’s more trouble ahead—the evil necromancer Marcus has returned, and his diabolical advances have Eleanor escaping to Paris to seek the help of Joseph, Jie, and the infuriatingly handsome Daniel once again. When she arrives, however, she finds a whole new darkness lurking in this City of Light. As harrowing events unfold, Eleanor is forced to make a deadly decision that will mean life or death for everyone.

My Review:
Oh, it was amazing to be with these characters again! Absolutely wonderful, and we got a new one, Ollie. Though initially, I was very mistrustful of Ollie, he didn't do anything wrong, so yeah! And then Daniel was trying to improve himself socially, studying to be a gentleman, and then how he was treating Eleanor, it was too funny!

This was the book that met up to my wants and needs after Something Strange and Deadly. It had more magic, Eleanor working with her magic, learning about it, and that's where Ollie came in, because he was a spirit (spirits that could be good, neutral, or evil, and the evil ones we'd call demons) who her brother called. And the thing is, the one that gets called is the one most like you.

It also had more Eleanor and Daniel together-ness, maybe not all romantic, but yeah, there's more to relationships then just romance, there's also friendship, and they had another library scene, too! Though it didn't turn out to be quite as...dramatic as the last one!

I liked that her and Jie were getting along quite well, and were sharing a room, until Jie saw Eleanor with Ollie, and then didn't let them explain, and while I was still uncertain about Oliver at the time, she still shouldn't have just left. Because then she got kidnapped, which sucked.

Loved this book, we got to learn more, and then there's just the last book, and I can't wait to read it!