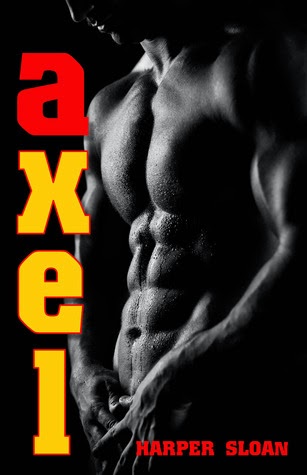 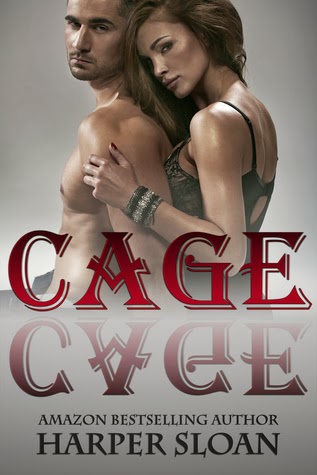 From Goodreads:
Fate hasn’t always been friends with Isabelle West. In fact, fate has been a down right bitch.

Isabelle has learned the hard way how hard life can be when fate isn’t by your side. It can hand you dreams on silver platters, but it can snatch them right back and hand you nightmares. One thing Isabelle knew for sure fate was consistent with was taking away everything she ever loved.

For the last two years Isabelle has been slowly clearing the clouds of her past. Happiness is finally on the horizon. She has a thriving business, great friends, and her life back. All she has to do is jump over the last hurdle…her ex-husband.

When problems start causing her to fear her new life, and memories that are better left forgotten start rushing to the surface the last thing she needs is a ghost from her past to come knocking on her door.

Axel never thought he would look into the eyes of Isabelle West again, and he wasn't sure he wanted to now. He’s carried his anger for so long he isn't sure he can just turn it off, but when he is faced with protecting her and an unexpected desire to have her again, life gets a little more complicated.


How will Axel and Isabelle deal when all their cards are put on the table and everything they thought was true blows up in their faces?

From Goodreads:
Greg Cage was born to protect. While growing up, he was his mother and sister's shield against the world... until he failed. For the last decade, he has carried that guilt and need for vengeance around... until it was stripped from him. Now, with his best friend getting married and no longer needing his protection, he is even more lost, completely adrift, and desperate for some control. All he has ever known was how to protect: his family, his friends, and his country. Can he go against everything he has ever known, and give up that control?

Melissa Larson will never let anyone hold the reins in her life. She has been the rock in her family for more years than she can remember, and the fight to keep them together is her main priority right now. She has always been fiercely independent and proud. The last thing she will ever do is ask for someone else's help. But when that choice is out of her control, forcing her to rely on others to save her and her family, and pick up the pieces that are left, will she be able to let someone else be her strength?

The second Greg locks eyes with Meli, he knows that she is someone he needs. Someone he craves. Meli knew the second she met Greg that he would be nothing but trouble and heartache. Her life takes an unexpected turn, and that bitch Fate is back to wreak more havoc on another member of the Corps family. All hell breaks loose, leaving Greg no choice but to call in a favor. He hooks back up with his old friend Braxxon Breaker from the Breakneck MC. Together, they make sure that nothing threatens anyone Greg loves again.

My first review of Axel
My Review:
I enjoyed reading both of these so much! Axel was as heart-pounding as before, and it was just awesome to have Greg and Meli's story! Though I'm a bit iffy on the nick names in this series, because, Meli? Can't say the whole Melissa? Or Mel, must easier, and not weird!

Going through everything that happened in Axel was awesome, though it hurt a little, even knowing where it was going! And then it was awesome to have Greg's story, and Melissa's, because hey, it's a story, and I want to know more about all these characters!

There's a lot of pain and suffering in this series so far! And mostly because people are on a sliding scale of angelic, good, bad, asshole-ish, or evil. And there are a few people that range from asshole to evil, in these people's lives! Which sucks for the good guys!

I enjoyed how these problems were solved, either by Isabelle standing up for herself, or Greg just going in there, and kicking butt! So awesome! And then the rewards, the baby, the weddings, and Cohen! Cohen is so funny!

I enjoyed both of these books a lot, and I can't wait to read more!