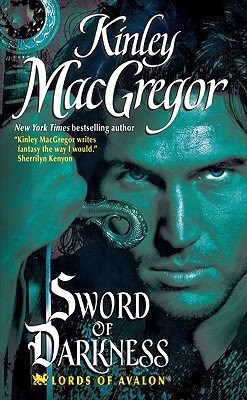 From Goodreads:
The new king of Camelot wears no shining armor: Arthur and his knights have fallen and a new king rules.

In the darkest forest...

A scared, forsaken youth has become the most powerful –– and feared –– man in the world. Ruthless and unrestrained, Kerrigan has long ceased to be human.

In the heart of London...

A spirited peasant mired in drudgery, Seren dreams of becoming her own woman, but never expects that by fleeing her fate, she will meet her destiny.

Their worlds are forever changed...

Kerrigan's goal is simple: barter or kill Seren to claim Arthur's Round Table. Yet she is the one person who holds no fear of him. More than that, her nobility sparks something foreign inside him. In his nether realm, kindness is weakness and a king who harbors any sort of compassion loses his throne.

For countless centuries, Kerrigan has lived alone in the shadows. Now Seren's courage has forced him into the light that will bring either salvation to both of them...or death.

My Review:
I loved rereading this book! I mean, a series based on the tales of Arthur and the Round Table, but put on it's head? So awesome! And then these characters? I just loved Seren and Kerrigan, they were in some pretty tough places, but they won out in the end!

Seren was just awesome! She had it tough, but even so, she still kept going, and even when she is kidnapped, well, it doesn't work out all that bad, seeing as she ends up marring her love, and playing with their daughter. A life that she seems to enjoy! She just had to go through the events of this book!

Kerrigan, we can understand why he choose the side of Morgan La Fey. She made the better pitch of her side, and he did ultimately, after years, make the right choice in the end! But still be his slightly bad self, teasing some people who need it, and playing with their daughter! So cute!

Just a side note, I just love the tag on the cover, Sherrilyn Kenyon saying that "Kinley MacGregor writes fantasy like I would" because she is Kinley MacGregor, it's just so cute and awesome and loveable! Such a great little joke!

I really enjoyed rereading this book, and I can't wait to reread Knight of Darkness! Yeah!