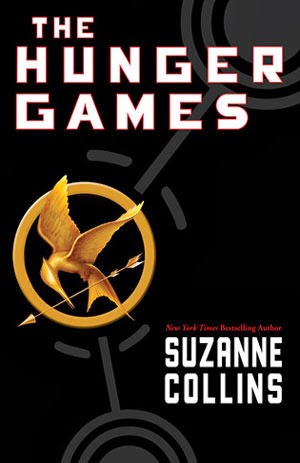 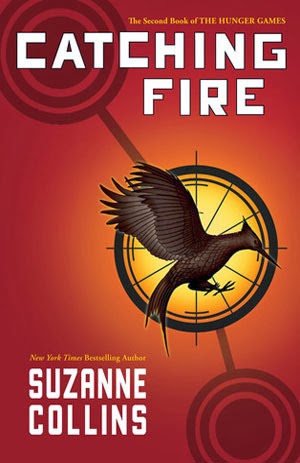 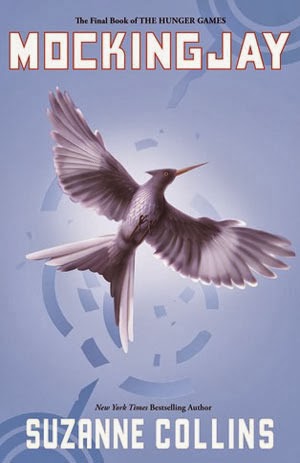 In the ruins of a place once known as North America lies the nation of Panem, the shining Capitol surrounded by twelve outlying districts. The Capitol is harsh and keeps the districts in line by forcing them all to send one boy and one girl between the ages of twelve and eighteen to participate in the annual Hunger Games, a fight to the death on live TV.


Sixteen-year-old Katniss Everdeen regards it as a death sentence when she steps forward to take her sister's place in the Games. But Katniss has been close to dead before--and survival, for her, is second nature. Without really meaning to, she becomes a contender. But if she is to win, she will have to start making choices that weigh survival against humanity and life against love.

From Goodreads:
Sparks are igniting.
Flames are spreading.
And the Capitol wants revenge.

Against all odds, Katniss has won the Hunger Games. She and fellow District 12 tribute Peeta Mellark are miraculously still alive. Katniss should be relieved, happy even. After all, she has returned to her family and her longtime friend, Gale. Yet nothing is the way Katniss wishes it to be. Gale holds her at an icy distance. Peeta has turned his back on her completely. And there are whispers of a rebellion against the Capitol - a rebellion that Katniss and Peeta may have helped create.


Much to her shock, Katniss has fueled an unrest she's afraid she cannot stop. And what scares her even more is that she's not entirely convinced she should try. As time draws near for Katniss and Peeta to visit the districts on the Capitol's cruel Victory Tour, the stakes are higher than ever. If they can't prove, without a shadow of a doubt, that they are lost in their love for each other, the consequences will be horrifying.

From Goodreads:
My name is Katniss Everdeen.
Why am I not dead?
I should be dead.

Katniss Everdeen, girl on fire, has survived, even though her home has been destroyed. Gale has escaped. Katniss's family is safe. Peeta has been captured by the Capitol. District 13 really does exist. There are rebels. There are new leaders. A revolution is unfolding.

It is by design that Katniss was rescued from the arena in the cruel and haunting Quarter Quell, and it is by design that she has long been part of the revolution without knowing it. District 13 has come out of the shadows and is plotting to overthrow the Capitol. Everyone, it seems, has had a hand in the carefully laid plans--except Katniss.

The success of the rebellion hinges on Katniss's willingness to be a pawn, to accept responsibility for countless lives, and to change the course of the future of Panem. To do this, she must put aside her feelings of anger and distrust. She must become the rebels' Mockingjay--no matter what the personal cost.

My first review of The Hunger Games, Catching Fire, Mockingjay
My Review:
I really enjoyed rereading all these, and just in time, for most, to go see the movie Catching Fire! But since I didn't finish before going to the movie, I also got to compare and contrast the differences between the book and the movie!

It was pretty great to read these books back to back, and then adding in the movies, it was just such a rich experience, one that I enjoyed so much, seeing Katniss travel on this journey from doing what it takes to survive, to taking a stand, and fighting for her family and friends, even as things get tough!

But reading these back to back, it made figure out my favourite book. It's a tie between The Hunger Games, and Catching Fire, because they were so good. Mockingjay, not so much for one simple reason-they were fighting for a new chance, a better future, and then we hardly got it! We got like a 2 page epilogue, and it was over, and I want so much more! I mean, it was built up the entire series! But we hardly got it, and I want it! So thus, Mockingjay, for that lack, is not one of my favourite of the series!

This series was just so incredible, and I enjoyed it so much, just like I enjoyed her Gregor series, which I'll have to reread one of these days!