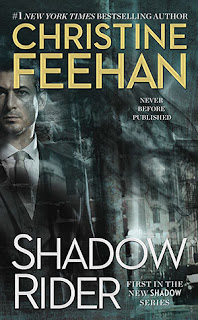 Whether it’s fast cars or fast women, Stefano Ferraro gets what he wants. When he’s not fodder for the paparazzi, he commands Ferraro family businesses—both legitimate and illegitimate.

While their criminal activity is simply a rumor yet to be proven, no one knows the real truth. The Ferraros are a family of shadow riders capable of manipulating light and dark, an ability Stefano thought ran in his family alone—until now…

With little left to her name, Francesca Cappello has come to Chicago in hopes of a new life. She wasn’t expecting to attract the attention of a man with primal hunger in his eyes, driven to claim her as his to protect and to please. And if he discovers her secret, it could ruin her... 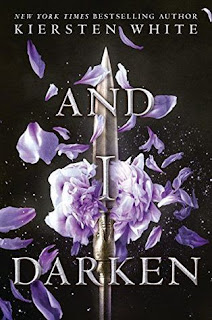 And I Darken by Kiersten White
Expected Publication: June 28th, 2016
From Goodreads:
NO ONE EXPECTS A PRINCESS TO BE BRUTAL.

And Lada Dragwlya likes it that way. Ever since she and her gentle younger brother, Radu, were wrenched from their homeland of Wallachia and abandoned by their father to be raised in the Ottoman courts, Lada has known that being ruthless is the key to survival. She and Radu are doomed to act as pawns in a vicious game, an unseen sword hovering over their every move. For the lineage that makes them special also makes them targets.

Lada despises the Ottomans and bides her time, planning her vengeance for the day when she can return to Wallachia and claim her birthright. Radu longs only for a place where he feels safe. And when they meet Mehmed, the defiant and lonely son of the sultan, who’s expected to rule a nation, Radu feels that he’s made a true friend—and Lada wonders if she’s finally found someone worthy of her passion.

But Mehmed is heir to the very empire that Lada has sworn to fight against—and that Radu now considers home. Together, Lada, Radu, and Mehmed form a toxic triangle that strains the bonds of love and loyalty to the breaking point.

From New York Times bestselling author Kiersten White comes the first book in a dark, sweeping new series in which heads will roll, bodies will be impaled . . . and hearts will be broken. 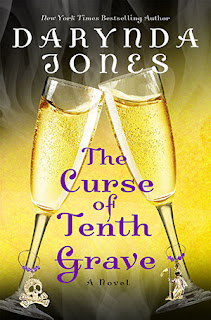 The Curse of the Tenth Grave by Darynda Jones
Expected Publication: June 28th, 2016
From Goodreads:
As a Part-time PI and fulltime grim reaper, Charley Davidson has asked a lot of questions throughout her life: Why can I see dead people? Who is the hot supernatural entity following me? How do I get gum out of my sister’s hair before she wakes up? But, “How do I trap not one malevolent god, but three?” was never among them. Until now. And since those gods are on earth to kill her daughter, she has little choice but to track them down, trap them, and cast them from this dimension.

There’s just one problem. One of the three stole her heart a very long time ago. Can the Razer, a god of absolute death and destruction, change his omniscient spots, or will his allegiances lie with his brothers?

Those are just a few of the questions Charley must answer, and quick. Add to that a homeless girl running for her life, an innocent man who’s been charged with murder, and a pendant made from god glass that has the entire supernatural world in an uproar, and Charley has her hands full. If she can manage to take care of the whole world-destroying-gods thing, we’re saved. If not, well… 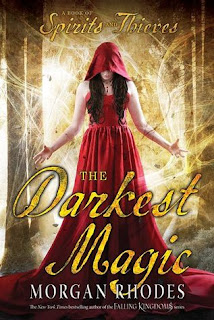 Modern-day Toronto: Sisters Crystal and Becca Hatcher are reunited after reclaiming the Bronze Codex and narrowly escaping death. They have no one to trust but each other, and the only thing keeping them safe is the book that sent Becca's spirit to Ancient Mytica--the same book that their enemies would kill them for.

Ancient Mytica: Maddox grapples to keep his newly discovered powers under control, while the ruthless goddess Valoria hunts him down.

Modern-day Toronto: Farrell embraces his dark side as he unwittingly falls further under the spell of Markus, the mastermind leader of the nefarious Hawkspear Society, who will stop at nothing to find Crys and Becca--and the remarkable book in their possession. After winning his first battle, Prince Alexander fights to become the ruler his kingdom demands—but the line between leader and tyrant blurs with each new threat.

Meanwhile, Hephaestion, cast aside by Alexander for killing the wrong man, must conceal the devastating secret of a divine prophecy from Katerina even as the two of them are thrust together on a dangerous mission to Egypt.

The warrior, Jacob, determined to forget his first love, vows to eradicate the ancient Blood Magics and believes that royal prisoner Cynane holds the key to Macedon's undoing.

And in chains, the Persian princess Zofia still longs to find the Spirit Eaters, but first must grapple with the secrets of her handsome—and deadly—captor.

New York Times bestselling author Eleanor Herman entwines the real scandals of history with epic fantasy to reimagine the world's most brilliant ruler, Alexander the Great, in the second book of the Blood of Gods and Royals series. 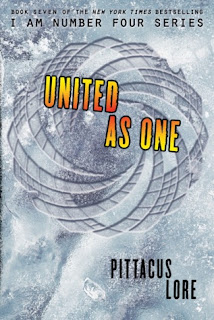 United As One by Pittacus Lore
Expected Publication: June 28th, 2016
From Goodreads:
The epic conclusion to the New York Times bestselling I Am Number Four series!

The Mogadorian invasion has come to Earth, and they have all but won the battle for our planet. Their warships loom over our most populous cities—like New York City, Tokyo, Moscow, Beijing, and New Delhi—and no army will risk making a move against them. The Garde are all that stand in their way . . . but they are no longer alone in this fight. Human teens from across the globe, like John Smith’s best friend, Sam Goode, have begun to develop Legacies of their own.

The Garde have always known there is power in numbers. If they can find these new allies and join forces with them, they just might be able to win this war. The time has come for the Garde to make their final stand. 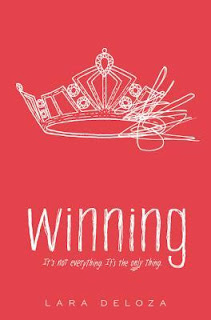 Whoever said being nice would get you to the top?

Certainly not Alexandra Miles. She isn’t nice, but she’s more than skilled at playing the part. She floats through the halls of Spencer High, effortlessly orchestrating the actions of everyone around her, making people bend to her whim without even noticing they’re doing it. She is the queen of Spencer High—and it’s time to make it official.

Alexandra has a goal, you see—Homecoming Queen. Her ambitions are far grander than her small town will allow, but homecoming is just the first step to achieving total domination. So when peppy, popular Erin Hewett moves to town and seems to have a real shot at the crown, Alexandra has to take action.

With the help of her trusted friend Sam, she devises her most devious plot yet. She’ll introduce an unexpected third competitor in the mix, one whose meteoric rise—and devastating fall—will destroy Erin’s chances once and for all. Alexandra can run a scheme like this in her sleep. What could possibly go wrong? 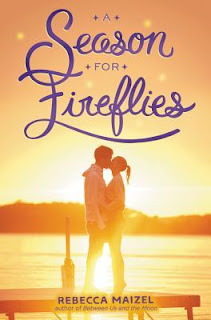 A Season for Fireflies by Rebecca Maizel
Expected Publication: June 28th, 2016
From Goodreads:
A story of second chances from the author of Between Us and the Moon, which Kirkus Reviews called “what first love is meant to be.”

A year ago, Penny Berne was the star of her high school’s theater department, surrounded by a group of misfit friends and falling in love for the first time. Now her old friends won’t talk to her, her new best friend is the most popular girl in school, and her first love, Wes, ignores her. Penny is revered and hated. Then, in a flash, a near-fatal lightning strike leaves Penny with no memory of the past year—or how she went from drama nerd to queen bee.

As a record number of fireflies light up her town and her life, Penny realizes she may be able to make things right again—and that even if she can’t change the past, she can learn to see the magic where she never could before.

This captivating new novel about first love, second chances, and the power of memory is perfect for fans of Lauren Oliver’s Before I Fall and Katie Cotugno’s How to Love.

Yet another great day for June, just so enjoyable and I loved reading them, and just got The Curse of the Tenth Grave today, so reading that, and yeah, I can't wait for these books to come out! What about you guys? Happy reading!
Posted by Louisa @ Words I Write Crazy at 6:00 AM