Week 25 Reviews: A Long, Long Sleep, No Life But This 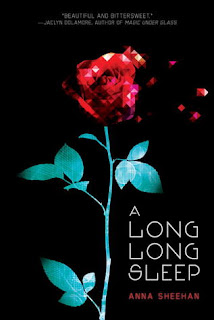 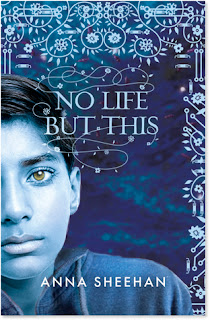 From Goodreads:
It should have been a short suspended-animation sleep. But this time Rose wakes up to find her past is long gone— and her future full of peril.

Rosalinda Fitzroy has been asleep for sixty-two years when she is woken by a kiss. Locked away in the chemically induced slumber of a stasis tube in a forgotten subbasement, sixteen-year-old Rose slept straight through the Dark Times that killed millions and utterly changed the world she knew. Now, her parents and her first love are long gone, and Rose— hailed upon her awakening as the long-lost heir to an interplanetary empire— is thrust alone into a future in which she is viewed as either a freak or a threat. Desperate to put the past behind her and adapt to her new world, Rose finds herself drawn to the boy who kissed her awake, hoping that he can help her to start fresh. But when a deadly danger jeopardizes her fragile new existence, Rose must face the ghosts of her past with open eyes— or be left without any future at all.

From Goodreads:
Rose spent most of her life asleep. Otto spent his as an object.

Rose Fitzroy woke from her long sleep to a changed world and new life. Her friend Otto watched her from afar, longing for what he felt he couldn't have. But just when things seem to be going right, his own biology backfires, sending him into a deathly spiral that neither of them can stop. His only hope lies on the distant ice moon of Europa, where an experimental treatment might bring him back from the brink.


But Europa is in a state of revolution, and Otto's brother Quin is tangled up in it. With Otto going slowly insane, and Rose haunted by ghosts of her old life, more than one world may soon be destroyed around them.

My first review of A Long, Long Sleep
My Review:
I loved reading these books! I started reading A Long, Long Sleep by accident, because I unpacked it around 12 in the morning. And just kept reading it till about 2:30. I enjoyed it that much, and it proved all over why it was one of my top 1 reads of 2011, and top reads, ever!

A Long, Long Sleep was just addiction for me. I remembered some things, like her parents had deliberately left her in there because they didn't want her to grow up, out of their control, be their pet. And her siblings. And that Xavier was alive-and that he was Bren's grandfather. But there were also things that I forgot! So it was really great to reread it!

It was a bit hard to read No Life But This. For one, I loved A Long, Long Sleep so much, both times. There was also this wait, which built up what I wanted in it. Namely, Rose's siblings, Sarah, and Stefano. They were mentioned, but not nearly as much as I would like!

But there were things that I didn't think about, that I really enjoyed. Like that it was from Otto's POV, which I wasn't expecting. And that we got to see so much more of this world, and to explore the politics and relationships and history. Because yeah, Otto goes insane, and has the minds of a few people in his head, taking over while he's dying. Which is not a great experience! And then so much happened in this book that I want to know more about!


Honestly, I would love a 3rd book! There's a few things that I want to see! Like Rose and her sister Sarah, and her brother, and that whole situation. Then there's the Geemos and Ganymede, because that's not a good situation. Plus, I want to see how the whole I of Europa will affect this world! Yeah that we might actually be getting a 3rd book!

These were such great books, so enjoyable and great, and I just want more! Anna Sheehan is such a fantastic author!

No Life But This: