Week 29 Reviews: Forbidden Nights With a Vampire, The Vampire and the Virgin, Eat Prey Love 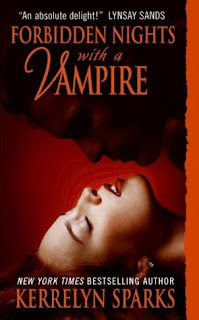 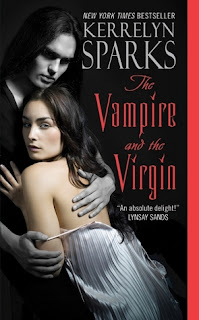 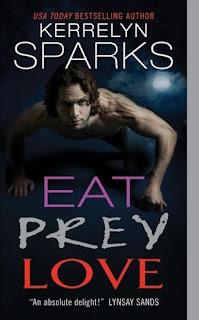 From Goodreads:
Vanda Barkowski is in trouble.

As the owner of a hot nightclub, she's more unconventional than most of her fellow vampires, and if some think her a little out of control, then so be it. But after three former employees filed a complaint about her temper, Vanda is sentenced to an anger management class. Worse, Phil Jones agreed to be her sponsor. Phil, the mortal who is forbidden to her . . .

If Vanda knew who-or what-Phil really is, she'd reconsider her attraction to him, for his true nature is wilder than anything she'd ever imagined. He has tackled the beast within and now is the perfect person to help Vanda with her rage . . . if only he can keep his cool when she makes him so undeniably hot. But with rogue vamps on the loose, will they ever have their forbidden nights?

1. Sunscreen
2. Bathing suit
3. Flip-flops
FBI psychologist Olivia Sotiris was looking for a cool ocean breeze, sand between her toes, and a break from her crazy, chaotic, and sometimes all-too-dangerous life. But when she escaped to the small Greek island of Patmos, all she got were meddling grandmothers trying to marry her off. Can't they see that none of the men around interests her—except Robby MacKay?


Robby needs to cool off, too, since all he can think about is revenge on the Malcontent bloodsuckers who once held him captive—but then he meets Olivia, the beauty with wild curls and a tempting smile. When a deadly criminal from a case back home tracks her down, Robby will have to save her life—along with giving her a first time she'll never forget . . .

Carlos Panterra is looking for a mate, a woman who will love and care for the young orphans he's recently taken under his wing (or paw, as the case may be). When the shape shifter spies the beautiful Caitlyn, it's like sunshine amidst the darkness. At last, he's found the perfect woman, except...

Caitlyn Whelan is mortal. Worse, her father is the head of a CIA agency bent on hunting the undead. Still, Caitlyn knows that Carlos is the man for her, shape shifter or not. So she jumps at the chance when her sister offers her a job to work with him, determined to show Carlos their attraction is more than just animal magnetism. But danger lurks in the night, and their unleashed, untamed passion might just get them both killed...

My Review:
Oh, another 3 amazing books in this series! Of course, they're fantastic! I enjoyed reading them so much, some of these characters we've waited for happiness since the beginning, like Vanda and Phil, and Robby! Olivia, Caitlyn and Carlos are newer to the series in varying degrees, but that just means more couples!

Vanda had anger management issues. Phil has to be in control, because he's an alpha, even without a pack. I enjoyed watching them finally come together, after so long, it was just incredible! They had their issues and their bumps on the road, but it was just so great to read!

I really enjoyed Robby and Olivia! They were a really fantastic couple, and it was so funny to see them together, the situations that they got into! Like, when Carlos was transformed and scared her so that Robby could come to her rescue! So cute!

Eat Prey Love opened up a big new plotline, which is really great, because there's been one main bad guy for awhile, and this new guy, I think he'll be pretty big. Also, Caitlyn became a shifter! Gah! Big, big change!

I absolutely loved reading these books, and I can't wait to read more!

Forbidden Nights With a Vampire:


The Vampire and the Virgin: