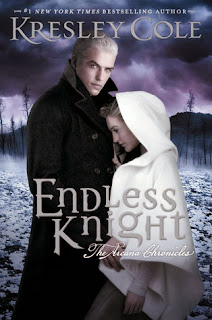 From Goodreads:
Evie has her full powers as the Tarot Empress, and Jack was there to see it all. Teens reincarnated as the Tarot are in the throes of an epic battle for mankind. She must trust new allies against other Arcana, Bagmen zombies, post-apocalyptic storms, and cannibals. But she's also drawn to Death, the Endless Knight, who shares history with the Empress. She can't remember; he can't forget.

My Review:
This book! Was just so freaking good! I wan't meaning to read it, but then my copy came in, and I just sat down, and started to read it! And was, like, halfway done before I left to go home, that was how engrossed I was in this book!

My only complaint about this series-the books are too short! I want more Evie, Jack, and now Death/Aric! They are just so fascinating, and intriguing characters, in this world that is getting increasingly harder to survive in!

This book picks up right after Poison Princess, and yeah, it's totally different from Poison Princess. For instance, the whole book is in this Post Apocalypse world. Second, the narration is slightly different-because the whole thing with the guy has happened, when she was telling her story. So that wasn't in this book. And then thirdly, she spends the majority of this book with Death, also known as Aric!

I loved the interactions that she had with him, because he's a pretty honesty guy, that's a part of his character. But he's been alive for centuries, and this is his, what, 4th game now? And he was prepared for it, that was for sure! But they were just really interesting, and I could see Evie staying with him, falling in love with him!

That ending! After Ogden/the Devil's death, with Jack kidnapped by the lovers, and the deal that Evie was making with Aric! It is such a cliffhanger, one that's worse then the one in Poison Princess! Gah! I want the next book now, but we don't get it for, like, forever! But I want more, now!! Gah!!!!

This was a really fantastic, wonderful, amazing book, and it'll hold a pretty special place in my heart, I just loved it so much, and just like the I loved the first book!