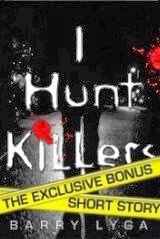 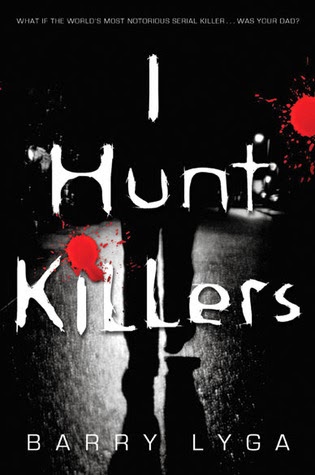 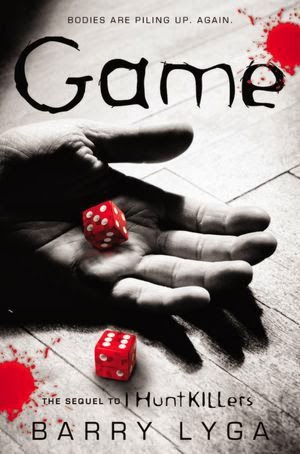 From Goodreads:
You're seventeen years old and your father is the most notorious serial killer America has ever produced.

He brought you up. Taught you everything he knows. Everyone in your ordinary American town knows who you are. So even though Dear Old Dad is safely behind bars, when the killing starts all over again, you are the first person the police come to see.

They don't know whether it's nature or nurture. And neither do you.

From Goodreads:
What if the world's worst serial killer...was your dad?

Jasper "Jazz" Dent is a likable teenager. A charmer, one might say.

But he's also the son of the world's most infamous serial killer, and for Dear Old Dad, Take Your Son to Work Day was year-round. Jazz has witnessed crime scenes the way cops wish they could—from the criminal's point of view.

And now bodies are piling up in Lobo's Nod.


In an effort to clear his name, Jazz joins the police in a hunt for a new serial killer. But Jazz has a secret—could he be more like his father than anyone knows?

From Goodreads:
Billy grinned. "Oh, New York," he whispered. "We're gonna have so much fun."

I Hunt Killers introduced the world to Jazz, the son of history's most infamous serial killer, Billy Dent.

In an effort to prove murder didn't run in the family, Jazz teamed with the police in the small town of Lobo's Nod to solve a deadly case. And now, when a determined New York City detective comes knocking on Jazz's door asking for help, he can't say no. The Hat-Dog Killer has the Big Apple–and its police force–running scared. So Jazz and his girlfriend, Connie, hop on a plane to the big city and get swept up in a killer's murderous game.

Just the idea of Jazz Dent, son of a serial killer, is just totally insane. I know it's also in Jennifer Lynn Barnes series, but still, it was weird. But Jazz made it work, he was a character that I wanted to know! So was his best friend, and Jazz's girlfriend, Connie! And Jazz's aunt in Game!

I enjoyed the mysteries in both books! Someone who is killing in Jazz's home town, which makes him an obvious suspect, well, he does commit crimes to clear his name, like breaking into municipal offices, but he was doing it for a good cause!

I enjoyed how Jazz figured out that it was a game, a killing competition between the Hat Killer, and the Dog Killer-and that his dad is orchestrating. But he's doing it for the Crow King, which makes me worried, someone above Billy Dent!

This was a really great series, and yeah, that ending was just so cliffhanger for both Jazz and Dent, I want the 3rd book now!