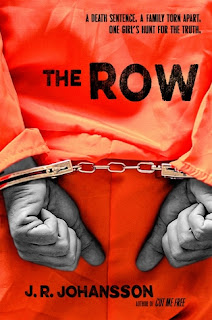 From Goodreads:
Seventeen-year-old Riley Beckett is no stranger to prison. Her father is a convicted serial killer on death row who has always maintained that he was falsely accused. Riley has never missed a single visit with her father. She wholeheartedly believes that he is innocent.

Then, a month before the execution date, Riley's world is rocked when, in an attempt to help her move on, her father secretly confesses to her that he actually did carry out the murders. He takes it back almost immediately, but she can't forget what he’s told her. Determined to uncover the truth for her own sake, she discovers something that will forever change everything she's believed about the family she loves.

My Review:
Yeah, this book was so awesome! I enjoyed reading it, these characters, dealing with the justice system, and the mystery of who the killer was! It was a really fantastic book which pulled together some really excellent threads of stories!

I really enjoyed reading about these characters! Riley, who grew up with her dad in prison, with the death penalty looming every closer. She's dealt with how bad the justice system can be. Sure, there's some good, but there's also bad-we're humans, and we make mistakes, after all.

With Jordan and his dad, I loved that side of the story. These characters have been through some pretty hard experiences. And they have their differences, and they sometimes let those differences break them, but they always worked things out!

For Riley, I wanted things to be different. The way that her dad confessed his guilt, well, he didn't admit to the crimes that he was charged with, just that he was guilty. And he could've been guilty of any number of things, maybe he did have an affair-and she was killed. Yeah.

This book was fantastic, and yeah that everyone can read it now! 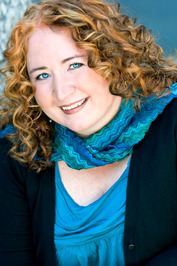 Bio:
J.R. Johansson's books have been published in a dozen languages and more than twenty countries worldwide. She has a B.S. degree in public relations and a background in marketing. She credits her abnormal psychology minor with inspiring many of her characters. She lives in Utah with two sons, a wonderful husband, three cats, and a hot tub named Valentino.


She is represented by the stellar Kathleen Rushall of Andrea Brown Literary Agency.