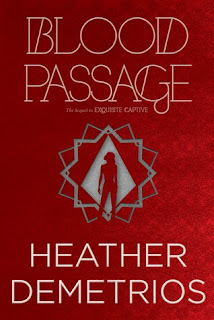 When Nalia arrives in Morocco to fulfill Malek's third and final wish, she's not expecting it to be easy. Especially because Malek isn't the only one after Solomon's sigil, an ancient magical ring that gives its wearer the power to control the entire jinn race. Nalia has also promised to take Raif, leader of the jinn revolution, to its remote location. Though Nalia is free of the bottle and shackles that once bound her to Malek as his slave, she's in more danger than ever before and no closer to rescuing her imprisoned brother.

Meanwhile, Malek's past returns with a vengeance, and his well-manicured facade crumbles as he confronts the darkness within himself; and Raif must decide what's more important: his love for Nalia or his devotion to the cause of Arjinnan freedom.

My Review:
I just loved reading this book! It has been a while since I read the first book, but yeah, once I really started reading it, I just dived into the pages! It was such a great and enjoyable read! And the fact that it's the middle of the series, yeah, there was a lot going on!

This book picks up pretty quickly after the ending of Exquisite Captive-after the plan landed in Morocco. It was different, because we knew more about the characters, and things were moving quickly!

A lot happened, and not a lot of it good! Like, Malek's history was revealed, and it shows why he is the way he is. And her brother, yeah, that hurt. Or the people that her ancestor trapped in the City of Brass-they were just forgotten. Which is why the one group goes by that name!

Loved the ending, though I'm still not convinced that Malek is dead, after all, he was wearing that necklace thing. And I know it's going to be tough, but they are going to win against Calar, they just have to!

This book was just so fantastic, and I can't wait to read Freedom's Slave!