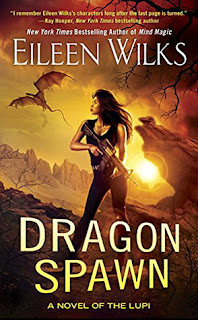 Lily learns she was right. Tom Weng—a powerful sorcerer allied with the Old One who keeps trying to take over the world—is still alive. But that's not the worst. Weng is a dragon spawn, the product of a botched hatching given a human form in an attempt to keep him from going mad. A failed attempt.

Meanwhile, Lily’s husband Rule is facing a Challenge to the death. Then there’s the possible reappearance of another sorcerer. But none of that matters when their enemy strikes out of nowhere in the worst way possible. Lily must face a nightmare and return to a place she never wanted to see again. The place where she died… 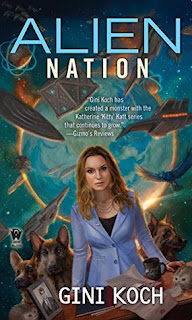 Alien Nation by Gini Koch
Expected Publication: December 6th, 2016
From Goodreads:
It’s a typical day of bureaucracy and stress for President and First Lady Jeff and Kitty Katt-Martini, made more stressful when alien spacecraft are spotted making a beeline for Earth, none of them from the Alpha Centauri system...or, what Kitty calls Wednesday. 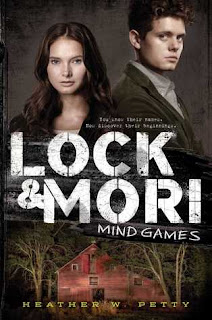 Mind Games by Heather W. Petty
Expected Publication: December 6th, 2016
From Goodreads:
Sherlock Holmes and Miss James “Mori” Moriarty may have closed their first case, but the mystery is far from over in the thrilling sequel to Lock & Mori, perfect for fans of Maureen Johnson and Sherlock.

Mori’s abusive father is behind bars…and she has never felt less safe. Threatening letters have started appearing on her doorstep, and the police are receiving anonymous tips suggesting that Mori—not her father—is the Regent’s Park killer. To make matters worse, the police are beginning to believe them.

Through it all, Lock—frustrating, brilliant, gorgeous Lock—is by her side. The two of them set out to discover who is framing Mori, but in a city full of suspects, the task is easier said than done. With the clock ticking, Mori will discover just how far she is willing to go to make sure that justice is served, and no one—not even Lock—will be able to stop her. 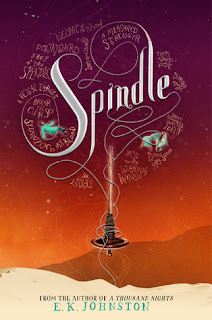 Spindle by E.K. Johnston
Expected Publication: December 6th, 2016
From Goodreads:
The world is made safe by a woman...but it is a very big world.

It has been generations since the Storyteller Queen drove the demon out of her husband and saved her country from fire and blood. Her family has prospered beyond the borders of their village, and two new kingdoms have sprouted on either side of the mountains where the demons are kept prisoner by bright iron, and by the creatures the Storyteller Queen made to keep them contained.

But the prison is crumbling. Through years of careful manipulation, a demon has regained her power. She has made one kingdom strong and brought the other to its knees, waiting for the perfect moment to strike. When a princess is born, the demon is ready with the final blow: a curse that will cost the princess her very soul, or force her to destroy her own people to save her life.

The threads of magic are tightly spun, binding princess and exiled spinners into a desperate plot to break the curse before the demon can become a queen of men. But the web of power is dangerously tangled--and they may not see the true pattern until it is unspooled. 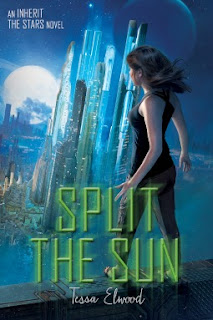 Split the Sun by Tessa Elwood
Expected Publication: December 6th, 2016
From Goodreads:
The Ruling Lord of the House of Galton is dead, and the nation is in shock—or celebrating, depending on the district. Kit Franks would be more than happy to join him.

Kit’s mother bombed the digital core of the House, killing several and upending the nation’s information structure. No one wants the daughter of a terrorist. Kit lost her job, her aunt wants her evicted, her father is using her as a shield against a drug lord, a group of political rebels need Kit to ignite an interplanetary war, and the boy two floors down keeps jacking up her suicide attempts—as if she has a life worth saving.

When Mom-the-terrorist starts showing up on feeds and causing planet-wide blackouts, everyone looks to Kit for an answer. The rebels want Mom on their side. The government needs to stop Mom’s digital virus from spreading before there’s no record of government left. Both sides will do anything, destroy anyone, to make Kit crack. They believe she’s the key to Mom’s agenda and the House’s future. Worst of all, they may be right.

Kit’s having dreams she can’t explain, remembering conversations that no longer seem innocent, understanding too much coded subtext in Mom’s universal feed messages. Everyone, from Mom to the rebels, has a vision of Kit’s fate—locked, sealed, and ready to roll. The question is, does Kit have a vision for herself?

Tessa Elwood’s final book in the Inherit the Stars series introduces readers to a strong, unique heroine who must chart her own destiny against a minefield of family ambitions and political agendas.

Oh, these books look really fantastic! I've enjoyed one or two from Edelweiss and NetGalley, but that's not the same as them being released and out in the world! What about you guys? Happy reading!
Posted by Louisa @ Words I Write Crazy at 6:00 AM