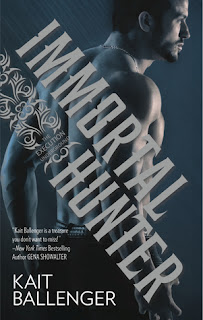 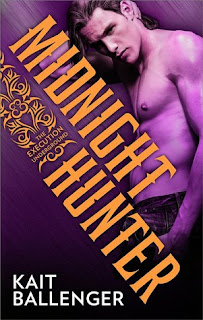 From Goodreads:
Hunters of the supernatural, the Execution Underground are an elite group tasked with protecting humanity…but at what price?

As an exorcist, David Aronowitz grew up the target of demonic assassins. Now he's a member of the Execution Underground, and hellspawn everywhere fear his name. But when a demon slips into the seductive body of the only woman he's ever loved, David must confront the heartbreak of their past to save her.

The piece of her heart Allsun O'Hare gave to David so long ago left her trapped between two worlds: the Fae and the human. And when David comes to her rescue, fate reunites her with her greatest temptation—and her biggest mistake.

Now, as they're swept together into a wicked game with the demon who controls her, David must decide if saving Allsun's life is worth sacrificing his own—and the future of humanity itself.

From Goodreads:
Hunters of the supernatural, THE EXECUTION UNDERGROUND are an elite group tasked with protecting humanity...but can dark temptation destroy good intentions?

Occult specialist and witch hunter Dr. Shane Grey is called upon to investigate a string of crimes that bear all the hallmarks of black magic. But he can't take on this daunting assignment for the Execution Underground alone. He'll need the help of Vera Sanders, a witch with a dark past--and a woman who disturbs him as much as she intrigues him.

Vera is determined to ignore the dangerous chemistry between herself and Shane so she can prove her loyalty to his cause; otherwise she risks the wrath of the Execution Underground once again. If she can't make Shane trust her, they won't stand a chance in hell of defeating the evil that's terrorizing their city. No easy task, considering old habits die hard...and Vera may be the very person responsible for luring Shane into a killer's trap.

My Review:
Yeah, more books in this series! I loved reading these two, I've enjoyed the previous books in the series, and yeah, these books were just so great! Yeah, just wow! I loved David and Shane's stories! Now I just hope that Trent, Ash, and Damon will get their own, too!

The set up for David and Allsun's story was a part of Twilight Hunter. And Immortal Hunter set up Shane and Vera's story. So for each book, it was just so easy to dive in, and start reading these books! Another thing I loved about them!

That these hunters are falling in love with the supernatural creature that they're supposed to take care of, kinda makes a lot so sense. Well, David and Allsun, she's a supernatural creature, but she fights the demons with him! But yeah, the hunters were spending a lot of stressful moments with the creatures they're supposed to be hunting, so of course they'd fall in love!

I really enjoyed how things worked out for these guys! They had a lot of troubles, from the way their baby was taken from her, to the fact that Vera was something of a black magic addict. But they worked through things, and it was great!

These books were just so great, I just wish that they were longer! And I really hope the remaining 3 guys get their own books!