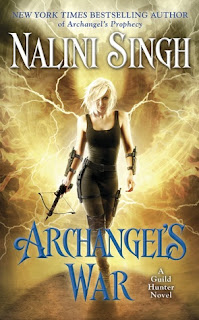 The world is in chaos as the power surge of the Cascade rises to a devastating crescendo. In furiously resisting its attempts to turn Elena into a vessel for Raphael’s power, Elena and her archangel are irrevocably changed. . .far beyond the prophecy of a cursed Ancient.

At the same time, violent and eerie events around the world threaten to wipe out entire populations. And in the Archangel Lijuan’s former territory, an unnatural fog weaves through the land, leaving only a bone-chilling silence in its wake. Soon it becomes clear that even the archangels are not immune to this deadly evil. This time, even the combined power of the Cadre may not be enough. . .

This war could end them all. 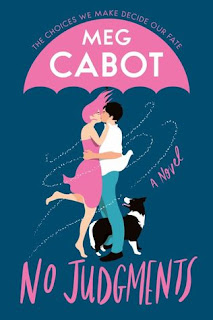 When a massive hurricane severs all power and cell service to Little Bridge Island—as well as its connection to the mainland—twenty-five-year-old Bree Beckham isn’t worried . . . at first. She’s already escaped one storm—her emotionally abusive ex—so a hurricane seems like it will be a piece of cake.

But animal-loving Bree does become alarmed when she realizes how many islanders have been cut off from their beloved pets. Now it’s up to her to save as many of Little Bridge’s cats and dogs as she can . . . but to do so, she’s going to need help—help she has no choice but to accept from her boss’s sexy nephew, Drew Hartwell, the Mermaid Café’s most notorious heartbreaker.

But when Bree starts falling for Drew, just as Little Bridge’s power is restored and her penitent ex shows up, she has to ask herself if her island fling was only a result of the stormy weather, or if it could last during clear skies too. 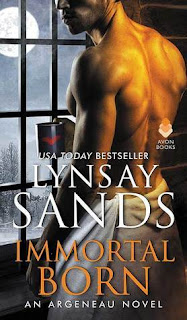 Immortal Born by Lynsay Sands
Expected Publication: September 24th, 2019
From Goodreads:
A simple promise to protect her friend’s infant son has turned Allie Chambers’ existence upside down. Caring for—and feeding—an orphaned vampire baby has been tricky enough. But as little Liam grows, so does his appetite. He needs more blood than she can personally supply. And when her attempts to steal from a blood bank go awry, Allie wakes up surrounded by doctors, cops…and the gorgeous, mesmerizing Magnus, who she can neither trust nor resist.

Magnus never expected to find his life mate breaking into a blood bank. Clearly, Allie is already entwined with his world—in deeper, more dangerous ways than she realizes. A band of vicious rogue immortals is in pursuit, and Magnus’ first task is to keep her safe. His second: to awaken her to mind-blowing pleasure, and hope she’ll accept the life, and the passion, that only he can offer. 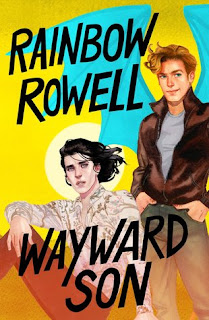 Wayward Son by Rainbow Rowell
Expected Publication: September 24th, 2019
From Goodreads:
The story is supposed to be over.

Simon Snow did everything he was supposed to do. He beat the villain. He won the war. He even fell in love. Now comes the good part, right? Now comes the happily ever after…

So why can’t Simon Snow get off the couch?

What he needs, according to his best friend, is a change of scenery. He just needs to see himself in a new light…

That’s how Simon and Penny and Baz end up in a vintage convertible, tearing across the American West.

They find trouble, of course. (Dragons, vampires, skunk-headed things with shotguns.) And they get lost. They get so lost, they start to wonder whether they ever knew where they were headed in the first place…

Come on, Simon Snow. Your hero’s journey might be over – but your life has just begun. 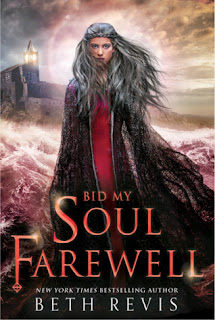 Alchemy student turned necromancer Nedra Brysstain has made a life-changing decision to embrace the darkness--but can the boy who loves her bring her back to the light before she pays the ultimate price?

Lunar Island is trying to heal. The necromantic plague that ravaged the land has been eradicated, and Emperor Auguste, the young and charming leader of the Allyrian Empire, has a plan: rid the island of necromancy once and for all. Though Greggori "Grey" Astor wants what's best for his people, he knows that allying himself with Auguste threatens the one person he loves most: necromancer Nedra Brysstain. Feeling like he already failed to save Nedra once, Grey becomes determined to help the Emperor rebuild Lunar Island while still keeping Nedra safe from harm.

Back at the quarantine hospital, Nedra's army of revenants are growing increasingly inhuman by the day. Wracked with guilt for imprisoning their souls, Nedra vows to discover a way to free the dead while still keeping her sister by her side.

But, still reeling from the trauma of the plague, the people of Lunar Island are looking for someone to blame, and Grey can only protect Nedra for so long. And when Nedra and Grey are thrust into a battle with an even more terrifying adversary, Nedra will be pushed to the darkest depths of her necromantic powers. But can Grey let her go that far? 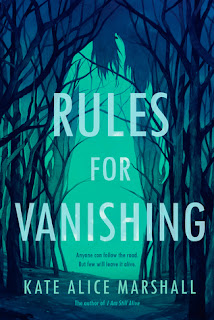 Rules for Vanishing by Kate Alice Marshall
Expected Publication: September 24th, 2019
From Goodreads:
In the faux-documentary style of The Blair Witch Project comes the campfire story of a missing girl, a vengeful ghost, and the girl who is determined to find her sister--at all costs.

Once a year, the path appears in the forest and Lucy Gallows beckons. Who is brave enough to find her--and who won't make it out of the woods?

It's been exactly one year since Sara's sister, Becca, disappeared, and high school life has far from settled back to normal. With her sister gone, Sara doesn't know whether her former friends no longer like her...or are scared of her, and the days of eating alone at lunch have started to blend together. When a mysterious text message invites Sara and her estranged friends to "play the game" and find local ghost legend Lucy Gallows, Sara is sure this is the only way to find Becca--before she's lost forever. And even though she's hardly spoken with them for a year, Sara finds herself deep in the darkness of the forest, her friends--and their cameras--following her down the path. Together, they will have to draw on all of their strengths to survive. The road is rarely forgiving, and no one will be the same on the other side.

Yeah, another great collection of books coming out! The 24th is going to be a great reading day and I can't wait! What about you guys? Happy reading!
Posted by Louisa @ Words I Write Crazy at 6:00 AM