Deliver Me From Evil: Review 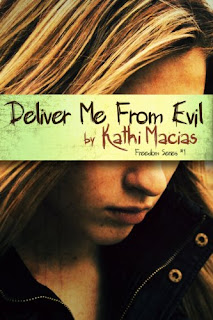 From Goodreads:
Deliver Me from Evil introduces readers to Mara, an eighteen-year-old girl who has been enslaved for nearly ten years, having been sold by her parents in Mexico and then smuggled across the border into San Diego where she was forced into sexual slavery. Readers will also meet 18-year-old, Bible-college-bound Jonathan and his 16-year-old sister, Leah, whose paths cross Mara's and who become involved in her dramatic rescue.

Interwoven between the stories of Mara, Jonathan, and Leah is the heartbreaking story of another young woman in captivity in the Golden Triangle of Thailand, whose past life mysteriously connects to the young people in San Diego.


My Review:
This was a sad, amazing book! You wouldn't expect there to be a lot of modern day slavery, yet it does exist. And it's a painful, barely-there existance. But still alive, still able to feel the horrors that they were experiencing. This was an eye-opening book, about the world around us, and how cruel people can be.

It was really heartbreaking, that a "client" of Mara, would be prefered because all he wanted was to talk, and have friends. And not use them as they were being sold, as prostitues. But Mara was a survivor, and survived deaths of 2 throughout the book, and the potential death of both a girl who wasn't sold into the life, and her own, she survives, and in the end, she makes a life for herself.

I really liked the characters, and the plot was really great, how they came so close to contacting each other, time and again. It was really good!

This was an excellent book, though not one for the faint of heart, and it's one you guys definitely have to check out!!! 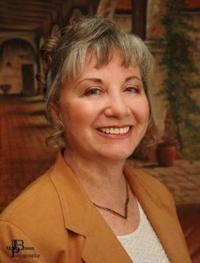 Bio:
A former newspaper columnist and string reporter, Kathi has taught creative and business writing in various venues and has been a guest on many radio and television programs. Kathi is a popular speaker at churches, women’s clubs and retreats, and writers’ conferences, and recently won the prestigious 2008 member of the year award from AWSA (Advanced Writers and Speakers Association) at the annual Golden Scrolls award banquet. Kathi “Easy Writer” Macias lives in Homeland, CA, with her husband, Al, where the two of them spend their free time riding their Harley.

Stops on the Tour:


Monday, October 3rd
Book reviewed at 4 the Love of Books

Tuesday, October 4th
Book reviewed at Reviews from the Heart