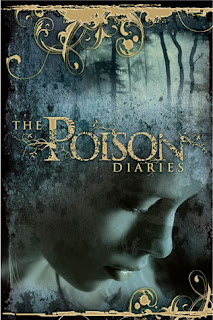 From Goodreads:
A dark, gothic tale of romance... and murder. In the right dose, everything is a poison. Jessamine has spent her whole life in a cottage close to her father's apothecary garden, surrounded by medicinal plants and herbs that could kill her -- although her father has never allowed her into the most dangerous part of the grounds... the poison garden. And so she's never had reason to be afraid -- until now. Because now a newcomer has come to live with the family, a quiet but strangely attractive orphan boy named Weed. Though Weed doesn't say much in words, he has an instant talent for the apothecary's trade, seeming to possess a close bond with the plants of the garden. Soon, he and Jessamine also share a close bond. But little does Jessamine know that passion can be just as poisonous as the deadliest plants in the garden -- for behind Weed's instinctive way in the garden is a terrible secret.

My Review:
This was a really great book! Dark and creepy, but so good! I enjoyed reading it a ton, it was really entertaining, and fascinating to read, unique in how the paranormal aspect worked out, and with an ending that makes me want the next book now!

Just the idea of a poison garden, with all those deadlies, well, yeah, is pretty creepy! Then there's Jessamine who's grown up with it there, but never entered, and who pretty much everyone describes as innocent.

Then there's Weed, with his strange past, and his strange power over plants, which yeah, adds the big part of the paranormal in this book! So awesome to read about that, and also the relationship that developed between Weed and Jessamine!

Oh, that ending! There were a few close calls, and then everything happened, and just, man! I want the sequel now, because of where it ended, it can't stay there, it has to keep moving to get those two into a better place!

I enjoyed this book quite a good deal, and I wants the sequel!