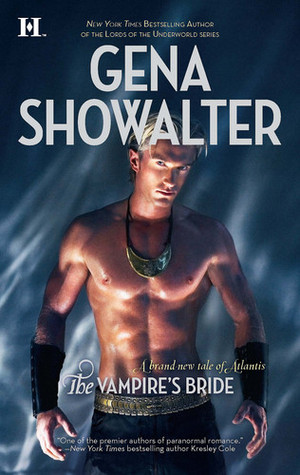 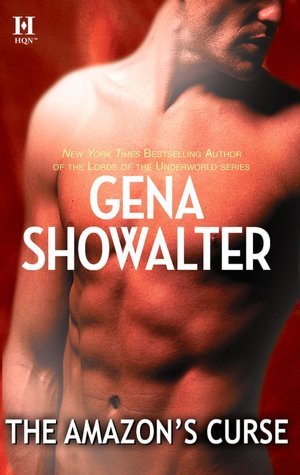 From Goodreads:
He is Layel, king of the vampires, a master seducer no woman can deny. But since a rogue horde of dragons killed his beloved over two centuries ago, Layel has existed only for vengeance-until he meets Delilah.

Wary of love, the beautiful Amazon wants nothing to do with the tormented vampire. Yet there's no denying their consuming desire every time he nears her.

Neither trusts the other-nor can they survive alone. For in an impossible game of the gods' devising, they've been trapped on an island, about to face the ultimate challenge: surrender to the passion that will bind them forever-or be doomed to an eternity apart.

From Goodreads:
Zane, a fierce vampire warrior, has been enslaved by the Amazons. Nola, a lovely Amazon soldier, has been cursed with invisibility. Now, these two stubborn enemies must overcome the pasts that haunt them and embrace a love that can set them free...

My Review:
So while this is a review of Into the Dark (and The Vampire's Bride), it's only of The Amazon's Curse, because The Darkest Fire and The Darkest Prison are being reviewed with it's series. The logistics are a bit complicated in my head, but it works out for me!

Really enjoyed getting Layel and Delilah's story again! I really enjoyed it the first time, and this time, it was just really great! I mean, a Survivor-esque game, orchestrated by the gods, and the unwilling victims? Yeah, sounds really great!

And while it's Layel and Delilah's story, it's also another couple, as a side story, which was really great! The back and forth, as the one group is dealing with the game, and the other is dealing with finding their missing people, yeah, that was awesome!

Then The Amazon's Curse, following through on parts of the ending of The Vampire's Bride, was just fantastic! I really enjoyed as Nola gained various things back, and yeah, they were a great couple to read about, because they started in The Vampire's Bride!

I really enjoyed the both of these so much, they were really great, and I really wish that we had more books in this series! Heart of the Dragon was my first Gena Showalter book, and yeah, I just want more!