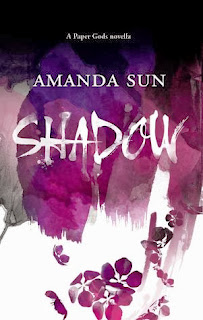 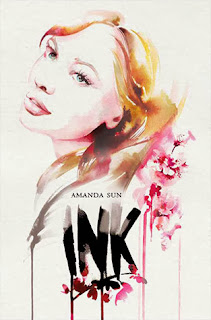 From Goodreads:
Meet two teens whose worlds are about to change forever in this paranormal Young Adult novella, a prequel to Ink by debut author Amanda Sun…

Katie Greene's worst nightmare comes true when her mother dies, and she's devastated to learn that she will have to leave the only home she's ever known. Desperate to find where she belongs, she must decide if she has what it takes to start a new life across the ocean.


For Yuu Tomohiro, every day is a nightmare. He struggles to control his strange ability, and keeps everyone at a distance so they won't get hurt—even his girlfriend, Myu. At night, a shadow haunts his dreams, and a mysterious woman torments him with omens of death and destruction. But these haunting premonitions are only the beginning…

From Goodreads:
On the heels of a family tragedy, the last thing Katie Greene wants to do is move halfway across the world. Stuck with her aunt in Shizuoka, Japan, Katie feels lost. Alone. She doesn't know the language, she can barely hold a pair of chopsticks, and she can’t seem to get the hang of taking her shoes off whenever she enters a building.

Then there's gorgeous but aloof Tomohiro, star of the school's kendo team. How did he really get the scar on his arm? Katie isn't prepared for the answer. But when she sees the things he draws start moving, there’s no denying the truth: Tomo has a connection to the ancient gods of Japan, and being near Katie is causing his abilities to spiral out of control. If the wrong people notice, they'll both be targets.

Katie never wanted to move to Japan—now she may not make it out of the country alive.

My Review:
I enjoyed reading the both of these a lot! It's not often that I read books that are set somewhere that isn't North America, let alone in a city in Japan, that I as a small town girl from halfway across the globe, had never heard of before these stories! So yeah, that was great!

Shadow was really great and interesting, giving us a quick look at these characters before things really get started, and that was a great look, because that meant that they were going to change, their thoughts and opinions, and their selves, and I couldn't wait for that!

These were really great characters to read about, Katie, who's suffered a loss, and is uprooted to this new country, but slowly learning about it, and Tomo, the mysterious stranger dude that does that whole "push you away to save you from me" thing with a secret power, that becomes less secret as the book goes on!!

Loved this world of Japanese religious figures, and the ink power, and all the twists and turns there, because Tomo isn't the only one that has it, he's just by himself. And he fights to stay that way, though it's hard! And it's probably not over!

I really enjoyed these stories a lot, they were really entertaining and great, and I can't wait to read more!