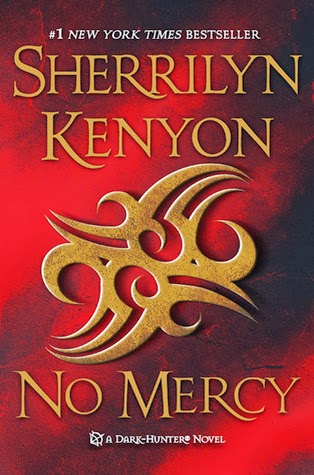 From Goodreads:
Live fast, fight hard and if you have to die then take as many of your enemies with you as you can. That is the Amazon credo and it was one Samia lived and died by. Now in contemporary New Orleans, the immortal Amazon warrior is about to learn that there’s a worse evil coming to slaughter mankind than she’s ever faced before.

Shapeshifter Dev Peltier has stood guard at the front of Sanctuary for almost two hundred years and in that time, he’s seen it all. Or so he thought. Now their enemies have discovered a new source of power- one that makes a mockery of anything faced to date.

The war is on and Dev and Sam are guarding ground zero. But in order to win, they will have to break the most cardinal of all rules and pray it doesn't unravel the universe as we know it.

My Review:
Ah, this book! So good! I mean, Sam was briefly mentioned as one of the elite Dark-Hunters that were to train Nick, but that wasn't in this book, this book was more about the relationship-and the things that they need to conquer-between Sam and Dev!

So I just loved these characters, Dev was through a lot, seeing as the events of Bad Moon Rising, and yeah, Sam is a Dark Hunter, which just about says it all! And even through their differences, they still manage to find a good ending for themselves!

I just loved how the clues added up to not France, but New Orleans, where they are, and yeah, Sam had to prove that she's an Amazon, her grandmother's granddaughter, and yeah, she did, and she was pretty bad ass!

Such a great ending, with Savitar giving both Dev and Sam, and Fang and Aimee, the ability to have kids with each other! Yeah! That'll be so cute! And Tory's pregnant with Bas, so updates in Ash and Tory's lives! Awesome!

I just enjoyed this book so much! It was just so good! Now to reread more!