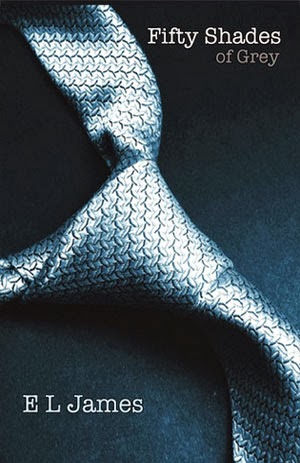 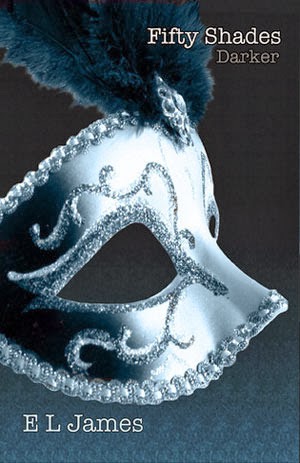 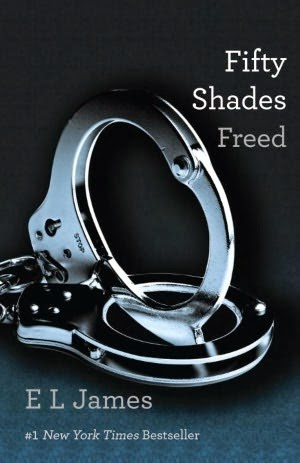 From Goodreads:
When literature student Anastasia Steele goes to interview young entrepreneur Christian Grey, she encounters a man who is beautiful, brilliant, and intimidating. The unworldly, innocent Ana is startled to realize she wants this man and, despite his enigmatic reserve, finds she is desperate to get close to him. Unable to resist Ana's quiet beauty, wit, and independent spirit, Grey admits he wants her, too—but on his own terms.

From Goodreads:
Daunted by the singular tastes and dark secrets of the beautiful, tormented young entrepreneur Christian Grey, Anastasia Steele has broken off their relationship to start a new career with a Seattle publishing house.

But desire for Christian still dominates her every waking thought, and when he proposes a new arrangement, Anastasia cannot resist. They rekindle their searing sensual affair, and Anastasia learns more about the harrowing past of her damaged, driven and demanding Fifty Shades.

While Christian wrestles with his inner demons, Anastasia must confront the anger and envy of the women who came before her, and make the most important decision of her life.

Now, Ana and Christian have it all—love, passion, intimacy, wealth, and a world of possibilities for their future. But Ana knows that loving her Fifty Shades will not be easy, and that being together will pose challenges that neither of them would anticipate. Ana must somehow learn to share Christian's opulent lifestyle without sacrificing her own identity. And Christian must overcome his compulsion to control as he wrestles with the demons of a tormented past.

Just when it seems that their strength together will eclipse any obstacle, misfortune, malice, and fate conspire to make Ana's deepest fears turn to reality.

My Review:
I don't know why I reread these books. I mean, I read them all back to back twice, right all in together. But I guess I had to reread them, even if it's been less than a year to read them. Because I really enjoyed them!

So I really enjoyed going on this journey with Ana and Christian again! And though it started off as a Twilight fan fiction, in the series that I've read, for the 3rd time, the only influence Twilight really had, for me, is the initial dynamic between the Ana and Christian!

Yes, it's an erotica series. Turn a couple of pages, and they'll be doing something sexual, because that is who these characters are. But we do get to see some character developments, with her friend and his brother! And her dad and his friends!

Liked how it wrapped up, but still, the whole thing with the bad guy. That he thought he should've been adopted instead of Christian? I really don't know where he got that idea, she found Christian, and he was staying at that home till the papers could be arranged. Nothing suggested that he'd get adopted by them!

This is a really great series, though it's not for everyone, and yeah, I really enjoyed rereading it!