Week 41 Review: Lair of the Lion 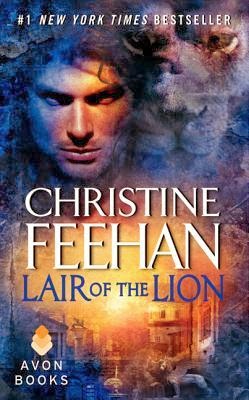 Rumor said the powerful Nicolai DeMarco could command the heavens, that the beasts below did his bidding . . . and that he was doomed to destroy the woman he took as wife. It was whispered he was not wholly human—as untamed as his tawny mane and slashing amber eyes.

Then Isabella met a man whose growl was velvet, purring heat, whose eyes held dark, all-consuming desire. And when the don commanded her to become his bride, she went willingly into his muscled arms, praying she’d save his tortured soul . . . not sacrifice her life.

My Review:
I enjoyed rereading this book so much! I mean, I'd forgotten most of what happened besides that it was the DeMarco family, and some connected families, that were some of the lions. Because yeah, that's really great!

I really enjoyed these characters, they were different, there was a good number of them, most of them I could keep track of, though a few I lost and then found again. They definitely live lives that are great to read about!

The whole thing of trading pretty much anything to have her brother rescued is a pretty brave idea, especially for the times, so kudos to Isabella for going through with it! Though she does gain a pretty amazing husband in the bargain, once all this conflict is through!

Who the bad guy was, and the thing about the curse, yeah, that was just a bit bittersweet. I mean, they won, but they also lost some, too. She was nice and quite for what we knew to be her, and it's only really in the end that she showed her true colours.