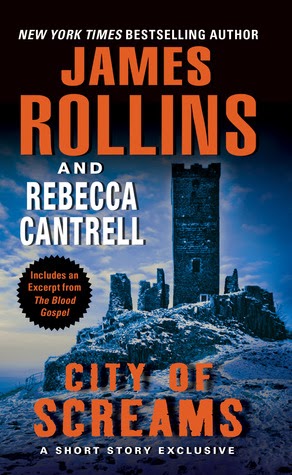 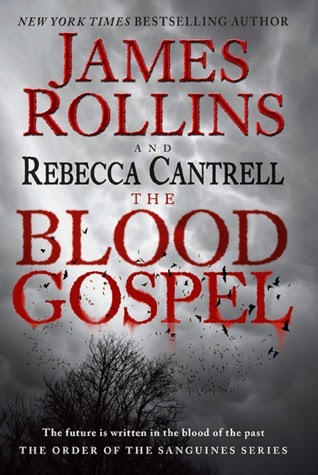 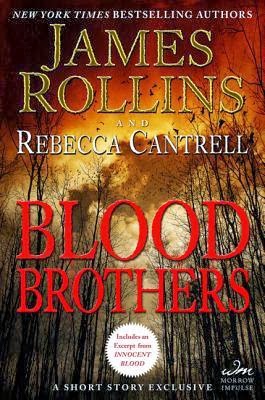 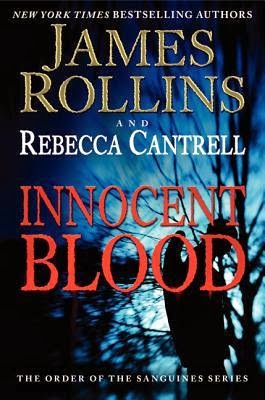 From Goodreads:
In the haunted, war-torn highlands of Afghanistan, amid the ruins of Shahr-e-Gholghol, an archaeology team is massacred in the night. Sergeant Jordan Stone and his crack forensic team are called in to examine the site, to hunt for the perpetrators of this horrific act. But the discovery of a survivor—a child of ten—will shatter all the team knows about life and death. Among the crumbling bones of dead kings, something hoary and murderous stirs out of the ancient past, lurching forward to claim vengeance on those still living

From Goodreads:
An earthquake in Masada, Israel, kills hundreds and reveals a tomb buried in the heart of the mountain. A trio of investigators—Sergeant Jordan Stone, a military forensic expert; Father Rhun Korza, a Vatican priest; and Dr. Erin Granger, a brilliant but disillusioned archaeologist—are sent to explore the macabre discovery, a subterranean temple holding the crucified body of a mummified girl.

But a brutal attack at the site sets the three on the run, thrusting them into a race to recover what was once preserved in the tomb’s sarcophagus: a book rumored to have been written by Christ’s own hand, a tome that is said to hold the secrets to His divinity. But the enemy who hounds them is like no other, a force of ancient evil directed by a leader of impossible ambitions and incalculable cunning.

From crumbling tombs to splendorous churches, Erin and her two companions must confront a past that traces back thousands of years, to a time when ungodly beasts hunted the dark spaces of the world, to a moment in history when Christ made a miraculous offer, a pact of salvation for those who were damned for eternity.

Here is a novel that is explosive in its revelation of a secret history. Why do Catholic priests wear pectoral crosses? Why are they sworn to celibacy? Why do the monks hide their countenances under hoods? And why does Catholicism insist that the consecration of wine during Mass results in its transformation to Christ’s own blood? The answers to all go back to a secret sect within the Vatican, one whispered as rumor but whose very existence was painted for all to see by Rembrandt himself, a shadowy order known simply as the Sanguines.

In the end, be warned: some books should never be found, never opened—until now.

From Goodreads:
As a young reporter, Arthur Crane exposed the secrets behind the Orchid Killer, a cult murderer from the late '60s whose crimes blackened the end of the Summer of Love. Half a century later, Arthur wakes to find an orchid resting on his pillow, a symbol of death from a killer connected to his estranged younger brother, Christian. To discover the horrifying truth, Arthur will risk all--even his very soul--for Christian may not be the brother that Arthur remembers...

From Goodreads:
While exploring a tomb hidden for centuries in the depths of Masada, Israel, brilliant archaeologist Erin Granger began an incredible journey to recover a miraculous ancient artifact tied to Christ himself. The quest introduced her to a diabolical enemy determined to discover the book and use its powers for his own dark ends. It also led her to an ancient and highly secret Vatican order-known simply as the Saguines. Though she survived, the danger has only just begun . . .

An attack outside Stanford University thrusts Erin back into the fold of the Sanguines. As the threat of Armageddon looms, she must unite with an ancient evil to halt the plans of a man determined to see the world end, a man known only as Iscariot.

With The Blood Gospel, the first novel in the Order of the Sanguine series, James Rollins and Rebecca Cantrell breathtakingly combined science and religion and introduced a world where miracles hold new meaning and the fight for good over evil is far more complicated than we ever dreamed. In Innocent Blood, they again take us to the edge of destruction . . . and into the deepest reaches of imagination.

My first review of The Blood Gospel
My Review:
Can I use my words to describe how utterly in love I am with this series? I'm certainly going to try, because this series, it's just captivating! I mean, the history and science and cool locations that is James Rollins's trademark, and Rebecca Cantrell's haunting and creepy writing! Such a wonderful mix in this series!

The whole idea behind it, that there's vampires, or Sanguine's, in the Catholic Church, and that's why some there's some of the things with them, like what the Priests wear, is a pretty epic idea! Then having this group of people that are supposed to find and open the Blood Gospel, and 2 of them are human, well, yeah, such a great book!

The whole, "bless this wine, it becomes's Jesus' blood" thing, and what Sanguine's drink, is a pretty interesting thought too, and how after drinking it, they relive a sin in their past? I really enjoyed those scenes, to explore what his life was like, what bad things that he's done, and why he is what he is!

I really enjoyed these characters, and their romance, and how Rasputin, the guy whose name I don't know how to spell, that was helping the Russian royal family right before they were wiped out, was a Sanguine, but left, or was forced out, because his actions when he couldn't see his country go though what it was going through!

Loved Blood Brothers, because it introduced a new character that was mentioned in The Blood Gospel, but didn't meet, that is going to be pretty important in Innocent Blood, and how he became a Sanguine, and his life just before it, though not from his POV.

Innocent Blood, it just blew me away! We had Judas having sections of the book, and his plan, because of his lover's prophecies, even though she said to burn them, he didn't, and read them, and decided that he had to go through with them!

When we find out why we had the boy in Masada who became immortal of a kind, and what Jesus' first thing, before the fish, water, wine, healing, and other acts, was, that it was a mistake? That was really good! It added such depth and history to this book!

I really, truly, have a special place in my heart for these books, because they are just so freaking good, and I can't wait for the next book because there has to be one!!!!