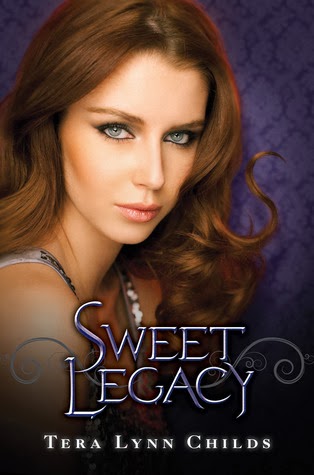 From Goodreads:
The girls cannot hesitate as they seek the location of the lost door between the realms, even as monsters and the gods of Olympus descend on San Francisco in battle-ready droves.

Greer must use her second sight to step up and prevent anything from stopping her sisters' mission, even though a god is playing with her mind. Grace wants to trust her adopted brother, Thane; but will his secret put the girls in even more danger? And Gretchen has trained her sisters to stop the monsters, but her role as a huntress comes with more responsibility than she ever imagined.What will the girls' immortal legacy be? Three teenage descendants of Medusa must unite to restore balance to the world in this action-packed series with plenty of romance.

My Review:
Yeah! A final big battle! It's been a long time coming, but yeah, it was a pretty welcome one, the bad guys needed to be kicked down a few notches! So that was really great! And yeah, things are resolved very well, this was a great ending to the series!

I just loved reading this book! It was just so fantastic! And while I'm sad to say goodbye to these characters, I recently read that all of her YA series, this, her Fins series, and her Goddess series, are all in the same world, because of some connecting details, and if it's true, that'd be pretty awesome!

Things are hard for the girls in this book! I mean, they've almost won, and yet, they're not quite there, and then there's their ordinary lives, balanced with the supernatural, and how it's going to all play out, that's going to be something to see! And it was!

I felt bad for the guy. I mean, it wasn't his fault, he was just a kid, and it's not his fault! So yeah, glad how that, and everything else resolved! I mean, the girls still have a job, to regulate, because nobody else can really be assigned to do the job!

This was a really fantastic book, and a really great ending to the series! Loved it so much! Can't wait to see what she writes next!