Week 44 Reviews: The Shadow Cats, The Shattered Mountain, The King's Guard, The Girl of Fire and Thorns, The Crown of Embers, The Bitter Kingdom 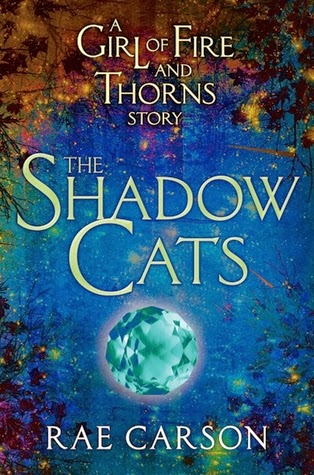 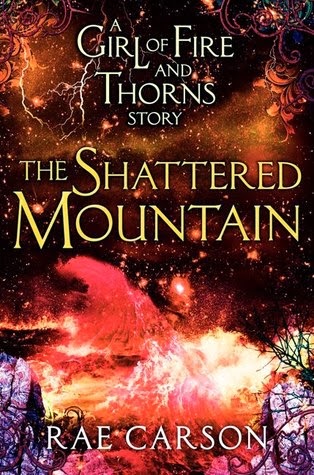 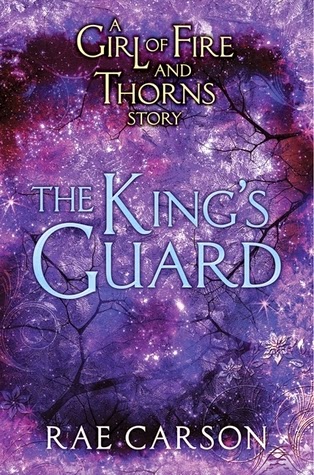 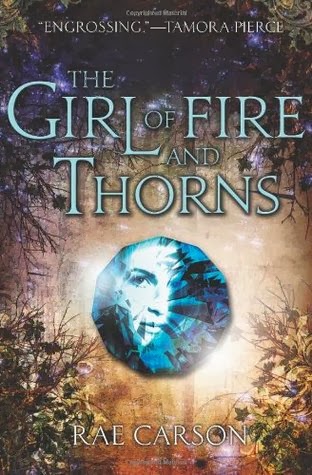 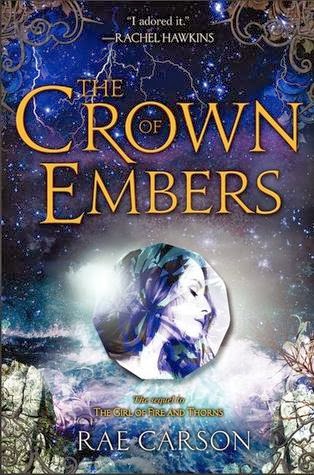 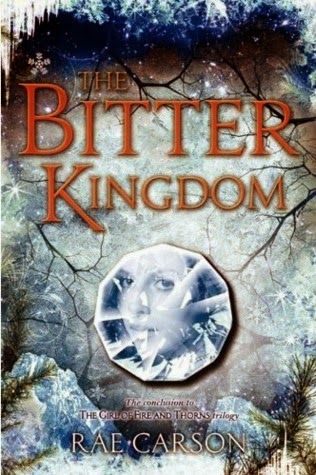 From Goodreads:
Once a century, one person is chosen for greatness. And it was not Alodia.

Alodia is the crown princess of the realm. The sister who knows how to rule, and the one who is constantly reminded that she has not been marked for a grand destiny. But Alodia has plans, and she will be the greatest queen her people have ever known. So she travels--with her hopeless, naïve, chosen sister--to a distant part of their land, to begin to secure her supporters. This region needs its princesses, for it is plagued with a curse. The crops don't grow, the spring doesn't arrive, and a fierce jaguar stalks the shadows, leaving only empty homes splashed with blood behind. If Alodia can save them, no one will be able to deny her strength and her sovereignty.


But what she discovers could change the fate of her kingdom, if not her world. And it will most certainly change her opinion of her younger sister.

From Goodreads:
On the outskirts of Joya d'Arena, small villages fight for survival against the onslaught of sorcerers and raiders. Mara's village has been safe--so far--but Mara decides to escape anyway. Escape from her harsh, abusive father. Escape with her first love. But when their plans fall on the same day that the animagi burn the village to the ground, Mara faces losses that could destroy her. She's a survivor, though. She is going to make it through the mountains, and she is going to protect the refugees following her. Because there's a rumored safe haven . . . and some say they have found the Chosen One.

From Goodreads:
At fifteen years old, Hector is the youngest squire in the most elite military force in the country. And his first day is disastrous. Everyone assumes the only reason he was recruited is his close personal association with King Alejandro, not because he's really earned it.


But Alejandro needs Hector for a secret mission, one that gives him the chance to prove to everyone—including himself—that he is worthy to be a Royal Guard. Hector must break into the ancient Fortress of Wind to retrieve something so important that the kingdom's future depends on it. What Hector finds in the fortress will stretch his bond of friendship with his king near to breaking. And it will prepare him to become the fearsome warrior and lord commander Elisa will never let go.

From Goodreads:
Once a century, one person is chosen for greatness.
Elisa is the chosen one.

But she is also the younger of two princesses, the one who has never done anything remarkable. She can't see how she ever will.

Now, on her sixteenth birthday, she has become the secret wife of a handsome and worldly king—a king whose country is in turmoil. A king who needs the chosen one, not a failure of a princess.

And he's not the only one who seeks her. Savage enemies seething with dark magic are hunting her. A daring, determined revolutionary thinks she could be his people's savior. And he looks at her in a way that no man has ever looked at her before. Soon it is not just her life, but her very heart that is at stake.

Elisa could be everything to those who need her most. If the prophecy is fulfilled. If she finds the power deep within herself. If she doesn't die young.


Most of the chosen do.

From Goodreads:
She does not know what awaits her at the enemy's gate.

Elisa is a hero.

She led her people to victory over a terrifying, sorcerous army. Her place as the country's ruler should be secure. But it isn't.

Her enemies come at her like ghosts in a dream, from foreign realms and even from within her own court. And her destiny as the chosen one has not yet been fulfilled.

To conquer the power she bears, once and for all, Elisa must follow a trial of long-forgotten—and forbidden—clues, from the deep, hidden catacombs of her own city to the treacherous seas. With her go a one-eyed spy, a traitor, and the man whom—despite everything—she is falling in love with.


If she's lucky, she will return from this journey. But there will be a cost.

From Goodreads:
Elisa is a fugitive in her own country. Her enemies have stolen the man she loves in order to lure her to the gate of darkness. As she and her daring companions take one last quest into unknown enemy territory to save Hector, Elisa will face hardships she's never imagined. And she will discover secrets about herself and her world that could change the course of history. She must rise up as champion-a champion to those who have hated her most.

My first review of The Girl of Fire and Thorns, The Crown of Embers
My Review:
I just loved reading this series all together! It's very special, and awesome, and I just enjoyed reading it all together! Everything just comes together, and it was just so very entertaining! Much love for this series!

The three short stories in the beginning, of characters who are scattered in the first 2 books, especially Hector, I enjoyed reading them, because they added depth to the series, and to what we know of the world-like the king's son wasn't the queen's-he's the cousin of the queen's son.

Yeah, now I'm just going to skip to The Bitter Kingdom, because yeah, I haven't reviewed it before! And yeah, it was just awesome! I mean, Elisa is just kick ass, she gathers the Queens, and tells them they're going to be a part of the empire that she's building. Yeah.

And she rescues Hector, she solves the problem with the rival country, in a way that yeah, they'll be focusing on that, instead of trying anything else. Which just proves what an awesome leader she's become!

On top of that, she does the task that she was born to do! And while she mourned the loss of her stone, she did complete her task! But she had help, because it was digging a water station-if she hadn't had help, she would've died. But she had help, so it all ended great!

The Bitter Kindgom's song is Dark Horse by Katy Perry. For the whole series, the song's are Walking on Air and Dark Horse by Katy Perry. Because The Bitter Kingdom is part of the series, and it's the only song I listened to when I read it, they are the only songs that I listed when I read them, whenever I hear one of them, I'll remember these books!

This series was just so good, and yeah, I can't wait for Rae Carson's next series, it's set in a world like ours, or ours with a twist, what with magic gold powers or something!

The Girl of Fire and Thorns:

The Crown of Embers: