Week 23 Review: At Any Turn 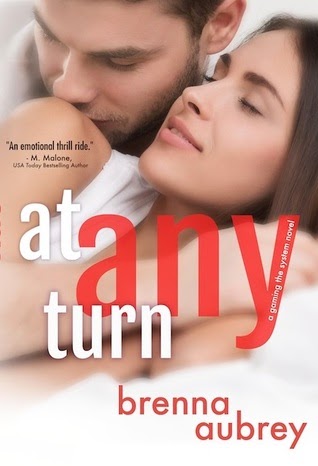 From Goodreads:
So You Want to Be a Hero?

Millionaire CEO Adam Drake, overcame a tortured past to build his own gaming empire. He's in complete control of his life. With his new found love for brilliant geek girl blogger, Mia Strong, the last piece of his life is in place. He's at the top of his game.

Your Princess Is in Another Castle.

Until suddenly, she withdraws from him, leaving him in the dark. Something tells him she needs help. But she's too stubborn or scared to ask for it, and the more he tries to take control, the further he pushes her away. He can't solve this problem by writing a check or a few lines of code.

He'll have to dig deep and put himself at risk…or risk losing her forever.

My Review:
Oh, this was just as fantastic as the first book, with an ending that really, really, really makes me want At Any Moment now! But we don't have a full release date, just that it's this year, and that is freaking killing me, because I want to know what's going to happen next!

Things are up and down in this book, because Mia is keeping a secret, and Adam just can't help himself but to try and find out what it is, and in the process, push her away, again and again, once just before she was going to tell him, which sucked.

But the fact that she has a rare breast cancer? And that her odds are even worse because she's so young? Oh, and that from their Vegas trip for the convention, she becomes pregnant? Yeah, that's a big cliff to hang over, and that's one of the many reasons why I want Moment now!!!

I loved that it turned out that it was her that discovered the start of the hidden quest, by using clues that he's given her, and how you had to start from the beginning, basically, and how she had to create a new profile to do that? Just so freaking good!

This was also Adam's personal book, because he confronts his issues, like his sister, though I got lost in the time line on that, and losing Mia for a while, and dealing with the lawsuit, and how he confronted the dad about whether or not Adam had experienced loss or not. Yeah.

I absolutely loved this book, and I want more, like, now!!!